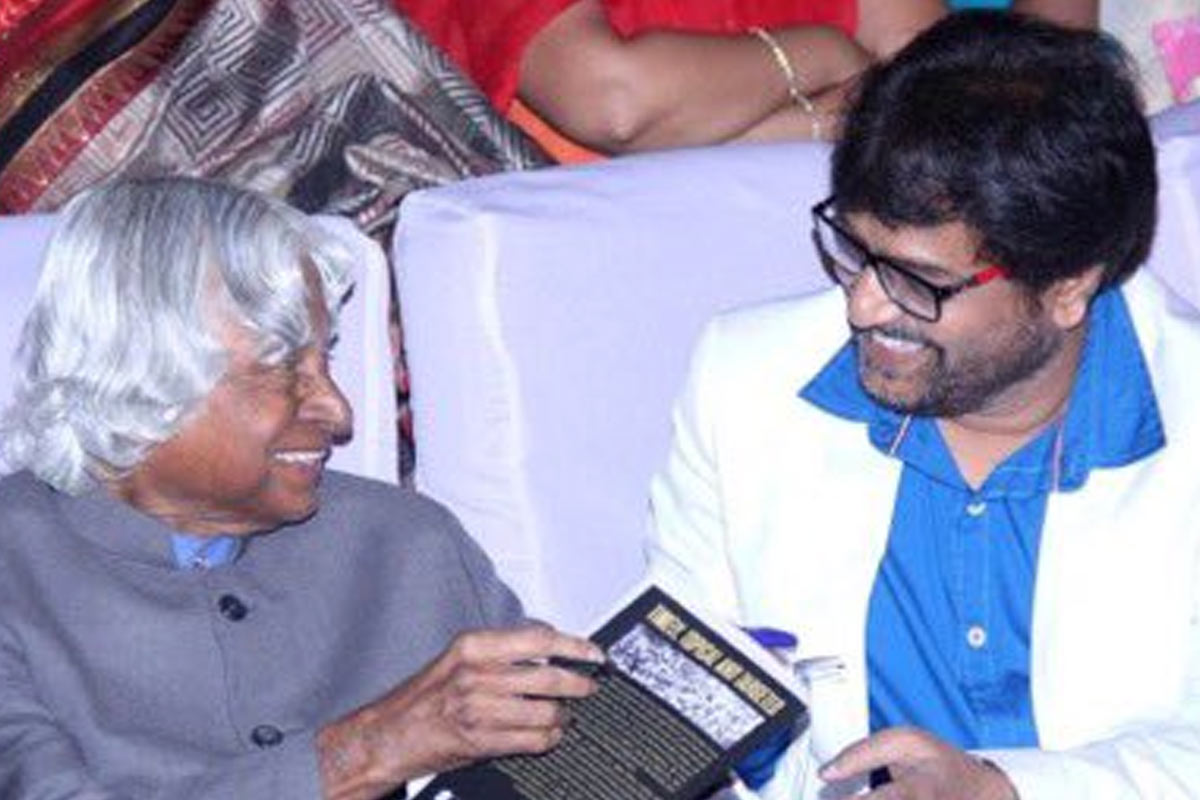 On the advice of Dr Kalam, actor Vivek launched the “Green Kalam Project” in 2010 with the aim of planting a billion saplings across Tamil Nadu.

Veteran comedian Vivek, who is a household name in Tamil Nadu, died of cardiac arrest at the age of 59 on Saturday in Chennai. Although he left a lasting impression among fans with his stellar performances in 220 films over the decades, he is also remembered as an activist who led numerous reforestation initiatives out of respect for the wishes of the former. APJ President Abdul Kalam.

Actor Vivek was a staunch supporter of former president and missile specialist Dr APJ Abdul Kalam. He had spoken a lot about Abdul Kalam on several occasions and had also praised Dr Kalam for his role as a role model, through some of his films.

His close association with Dr Kalam is well known to many of his fans. However, few people know how he became Kalam’s disciple and friend. According to The Hindu’s report, Vivek received a call from the former president’s office shortly after filming for a segment in the 2002 Tamil film Hit where the actor is seen diving into the Cooum River in Chennai. Kalam, who was a scientist when they first met, left a huge impression on the actor-comedian when they first met. Vivek has spoken about Dr Kalam in many public functions and in his films after following his work closely over the years, but it was his interview with the aerospace scientist and a subsequent meeting at Raj Bhavan in 2010 that inspired Vivek. to turn to activism and launch the “Green Kalam” initiative.

After the release of the 2007 Tamil film Sivaji, Vivek, who had interviewed fellow film fraternity actors earlier, had the opportunity to interview former APJ President Abdul Kalam. In Vivek’s candid interview, Dr Kalam, from Rameswaram in Tamil Nadu, took a trip down memory lane and revisited his childhood, invoking a sense of nostalgia among viewers.

At Raj Bhavan’s meeting in 2010, Dr Kalam shared with Vivek an imaginative piece he wrote on a tree talking to a man. It was during this meeting that Kalam also asked Vivek to take an initiative to plant more trees and raise awareness about global warming. Vivek, who has talked a lot about Kalam in his films, was also asked to use his screen time instead to discuss global warming and reforestation.

Out of respect for the wishes of the former president, the “Green Kalam Project” was inaugurated in 2010 with the ambitious goal of planting a billion saplings in the state of Tamil Nadu.

According to its social media profiles, Vivek has planted more than 33 lakh saplings in the state over the years. Laureate Padma Shri had led numerous tree planting campaigns in schools across the state, raising awareness of reforestation and instilling green practices in schools.

Vivek was also named one of the brand ambassadors for the Tamil Nadu government’s “ Plastic Free TN ” initiative in 2018 with actors Karthi, Suriya and Jyothika.

Together with his fellow activists and actors, Vivek has succeeded in using social media as a tool to raise awareness, mobilize like-minded people and call for social change. In addition to posting several tweets raising awareness about global warming and afforestation, Vivek also used the microblogging platform to engage with its subscribers and get them involved in volunteering. In October of last year, when Twitterati challenged the actor to clean up Chennai’s lakes, Vivek immediately agreed to do it.

I’m ready! We can do with social distancing. But can you come show me the place? And bring volunteers. https://t.co/9uOnp5PzEb

From speaking highly of Kalam onscreen to calling him the true superstar among all the movie stars who attended SIIMA (South Indian International Movie Awards) 2015, the veteran comedian didn’t hesitate to accept his admiration and his respect for the scientist disappear. beyond the confines of the film industry and fame. Dr Kalam had also spoken of his friendship with Vivek at public events.

Following the untimely demise of actor Vivek, celebrities and notable politicians mourned his passing and conveyed their condolences on social media.