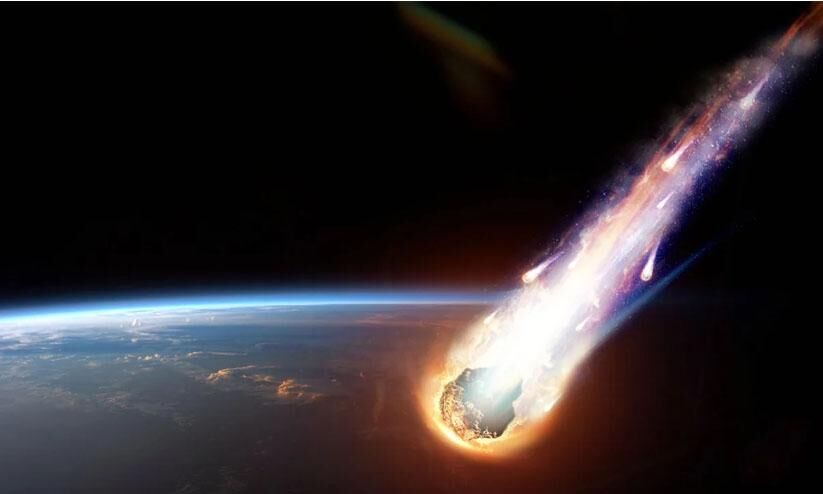 Imagine a comet 100 km long and 370 km wide. It is the largest comet ever seen in the Solar System, named C-2014 UN 271. Scientists say it is approaching the Sun. It is currently located near Saturn. The comet is expected to be closest to the Sun in 2031. Scientists say the comet poses no threat of falling to Earth. The comet will be visible through a telescope on January 23, 2031, as it is likely to pass very close to Earth.

It was discovered in October 2014 by scientists Pedro Bernardinelli and Gary Bernstein at the University of Pennsylvania in the US. This comet is also known by their name. At the time of its discovery, it was 29 AU, or 4.3 billion kilometers (4.3 billion km) away from the Sun. When we say that the Earth is located at an astronomical unit distance from the Sun, we get an idea of ​​this distance.

Cometary images of the comet were obtained on June 27 from the Cerro Telolo Inter American Observatory in Chile. C / 2014 UN 271 images were obtained from observatories in Sutherland and Namibia. It is currently 20.2 astronomical units (3 billion km) from the Sun.

Since it comes from the Oort cloud, the outermost part of the Solar System, the scientific community hopes that observing UN / 271 C / 2014 will provide an opportunity for further study in that area. The remains of the Solar System after the formation of the Solar System are located in the Oort Cloud. The Oort Cloud can be described as the boundary of the solar system. The region, which begins one light-year away from the Sun, extends up to a third of the distance between the Sun and the next star, Proxima Century. Scientists have discovered that cold water, ammonia and methane are located here.