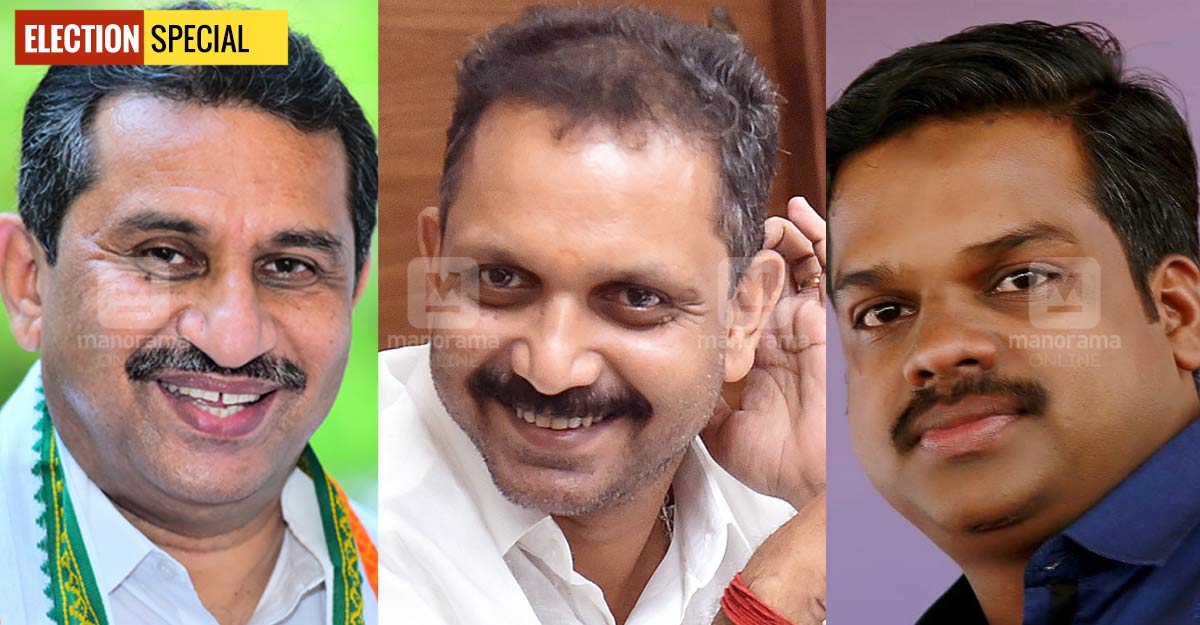 Pathanamthitta രാഷ്ട്രീയ The political volcano at Konni is calm before the eruption. Despite the close of the election, its heat is not seen in Konni constituency. The constituency was notable for the issue of women’s entry in Sabarimala and the subsequent BJP state president K Surendran’s contest.

Manjeswaram is another constituency chosen by Surendran, who is contesting in two constituencies this time. Adoor Prakash has been representing the forested Konni constituency since 1996. Following the victory of Adoor Prakash in Attingal in the 2019 Lok Sabha elections, the CPM won the constituency through KU Janish Kumar in the by-elections.

This time too, the CPM has fielded Janish. The Congress candidate is Robin Peter. The ‘Rock View’ house on Robin Peter’s Rock is crowded at 7am. There are followers and people from different parts of the constituency at home and in the yard. Robin receives frequent phone calls and gives staff the necessary instructions.

The natives testify that Robin is a gentle presence who finds an immediate solution to the needs of the common people. The programs in Aruvapulam panchayath started from the border. When Padappaikkal arrived, AICC observer and Karnataka MLA Anjali Nimbalkar arrived. He also toured in an open jeep. The tour ended at Kummannur.

There are many activists in the Congress who believe that the decision to field a candidate in the by-election that took place when Adoor Prakash moved to Attingal was flawed. Adoor Prakash’s suggestion was to nominate Robin Peter. However, with the candidature of P. Mohanraj, there were problems in the party.

Janish Kumar started his campaign from the Padam area near the district boundary. After the inaugural meeting at Punnamootty, we went to other receptions accompanied by a bike rally. In some places the reception is accompanied by a band mela. The main request is to vote for the LDF to continue development.

Janish’s place is with Sita. Chittaur panchayat is next. The party is facing the problem of losing votes in these two power centers. In the Chittar panchayath, the Congress won six seats, the CPM five and the BJP two.

Saji Kulathingal, a former Congressman, joined the party and was given the post of president by the CPM. The party sees Saji’s father as the mastermind behind the assassination of martyr MS Prasad. Prasad, a college student, was killed on September 7, 1984. A year later, Saji’s father was killed by CPM activists. The ranks are angry over the appointment of a member of the family who killed Prasad as the CPM president.

The LDF’s selection committee office is the local committee office in Chittaur Town. It is close to Prasad’s house. The martyrs’ hall and the party office are on land given by the family. Prasad’s brother MS Rajendran is in office. In 2011, he lost to Adoor Prakash by 7,774 votes. Adoor Prakash was able to reduce the majority. MS Rajendran says people will reject controversy and vote for development.

BJP state president K Surendran’s campaign was in Chittaurgarh. Road to Gurunathan Mann upwards on the side of Sitathottil Panchayat Office where Kakkad Power Project is located. Large potholes in most parts of the road. The first stop is at a small junction on the way to the Aluvankudi Mahadevar Temple.

The speech is based on the theme of Pattaya in the hilly region. In 2011, the BJP got 5,994 votes. In 2016, there were 16,713 votes. When K Surendran reached the by-election during the active discussion on the Sabarimala issue, the vote share was 39,786. Surendran came back to Konni believing in this calculation. Helicopters are used to reach Manjeswaram and Konni.

Konni is a place where the Congress and the CPM have a traditional vote bank. With Adoor Prakash’s candidature, the party’s vote bank grew. Popular support increased through popular events, including Connie Fest. Adoor Prakash’s popularity was the main obstacle for the CPM to win the constituency. The change in Prakash and the problems within the Congress helped the CPM.

The CPM reckons that it can win if Surendra loses a portion of the Congress votes. The Congress leadership also said that the votes that were leaked last time on the issue of candidate selection will come back and win. Surendran’s personal influence is the only asset of the BJP. The Sabarimala issue is not a topic of discussion among the people. Konni is not a place where the party has a strong organizational structure. The party has support in tribal areas and colonies.

The constituency consists of Aruvapulam, Konni, Malayalappuzha, Pramadam, Mylapore, Vallikode, Thannithodu, Enadimangalam, Kalanjoor, Chittaur and Seethathodu panchayats. Konni and Thannithodu panchayats are ruled by the UDF. The LDF is leading in the local body elections. LDF – 59,426, UDF – 50,925, NDA – 29,237. In the Lok Sabha elections, Congress candidate Anto Antony got 49,667 votes in Konni constituency. The difference between Veena George and K Surendran is 440 votes.