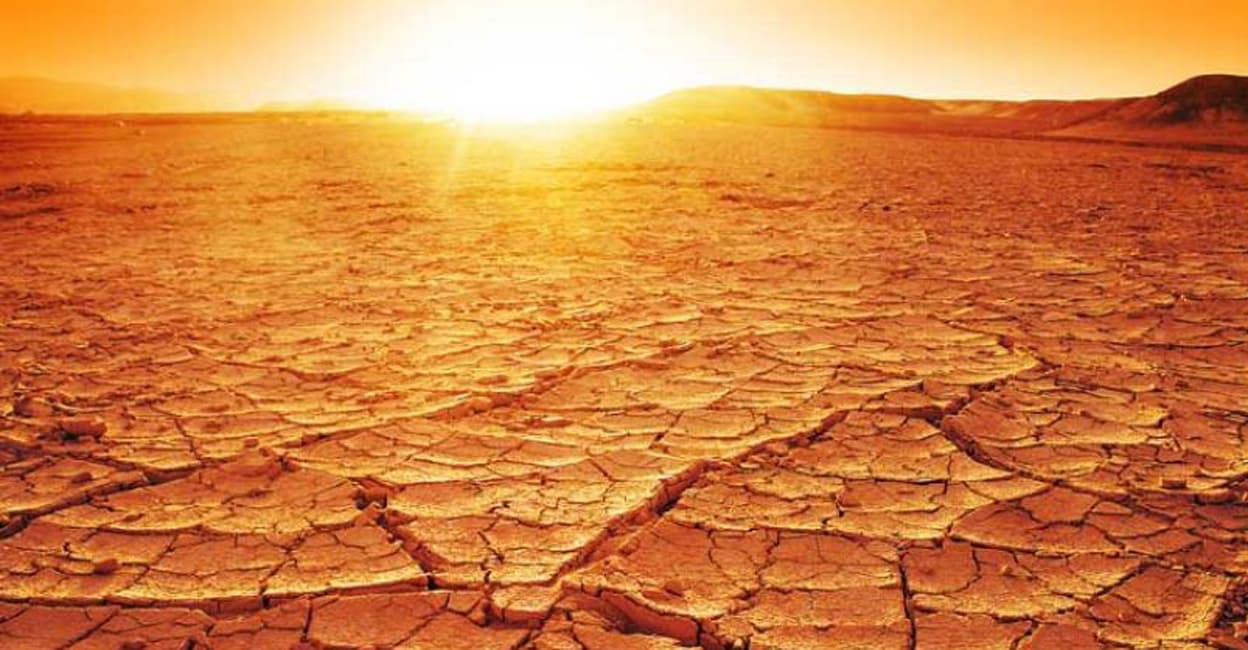 HOUSTON രിക്കുന്ന The heat wave that is expected to continue for the next few days is likely to have a significant impact on the United States. The Met Office has issued heatwave warnings. The heat wave broke records in many places. The Met Office has warned that tropical winds forming between Washington State and Oregon could turn more areas into droughts. In the Northeast, temperatures could rise from Philadelphia to Boston.

According to the National Weather Service, the current temperature in most parts of the country is favorable for heat waves. It is assumed that this will be higher than the national average for two or more days. But this may vary from region to region; The northeastern part of the country is likely to experience dry weather for three consecutive days. The Department of Meteorology said the heat waves were causing problems when high pressure in the atmosphere moved and hot air was pushed to the ground. The more you compress, the hotter the air becomes and the more it begins to feel hotter. This high pressure changes the course of other climate systems. This reduces wind and cloud cover, and compresses the air more. That is why the meteorological center clarified that a heat wave remains indefinite in a certain area. When the ground heats up, moisture is lost, which creates a more heated condition. In the drought-stricken western states, there is a great deal of heat to trap the high pressure system. In the northwestern part of the Pacific, this is due to the combination of heat and drought, which exacerbates the problem.

On Monday, 45 miles southwest of Portland became one of the hottest cities on the continent. The highest temperature ever recorded here was 117 degrees Fahrenheit (42.2 degrees Celsius) in the afternoon, a city record, according to the National Weather Service. The maximum temperature at Portland International Airport was 112 degrees on Sunday and 115 degrees on Monday. This is the highest temperature since record keeping began in 1940. When the temperature in a small town in British Columbia reached 116 degrees, Canada also broke a national heat record, a record that is now 84 years old. Boston hit 97 degrees on Monday, the National Weather Service said. Canada, like the United States, is in the heat of the moment. Indications are that this summer will be even more intense.

Scientists warn that the world has warmed by more than 1 degree Celsius (approximately 1.8 degrees Fahrenheit) since 1900 and that the rate of warming will increase in the coming decades. The Pacific Northeast is forecast to remain warm until next week. Clinton Rocky, a meteorologist with the National Weather Service in Portland, said temperatures in Portland were moderate but expected to reach mid – 80s. Temperatures will remain 10 to 20 degrees above average until next Tuesday.

In Seattle, where weather stations recorded only three days exceeding 100 degrees in the last century, more residents are reported to have recently purchased air conditioning units. While there have been no major power outages in the Pacific Northwest, it is certain that the electrical grid will be overloaded with energy needs. To help reduce this demand, the only way is to use a thermostat and close the window shades and blinds. The Department of Energy recommends avoiding the use of large appliances such as ovens, washing machines, and dryers, and turning off all unused lights and electronic appliances during the hottest part of the day.