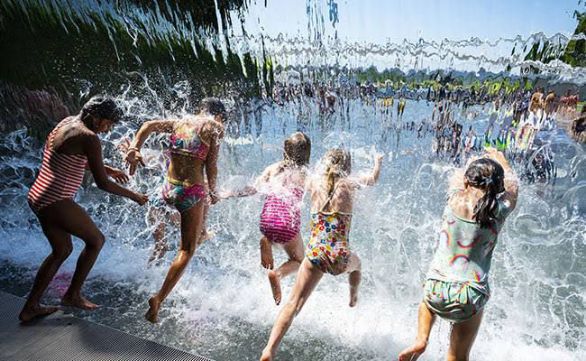 Salem (US): Canada on fire. In British Columbia alone, 486 deaths were reported in 5 days.

Wildfires are spreading in many parts of Canada due to the hot winds, which are known for their woody winters.

The tropical phenomenon is characterized by high atmospheric temperatures due to high air pressure in the northwestern region. Temperatures above 46 degrees Celsius have generally eased but there has been no significant change in the interior.

Many homes in Seattle and Vancouver, which have never experienced extreme heat, do not have AC. Meanwhile, the Chilcottin area north of Vancouver is at risk of melting ice like never before.

Many people come to shelters with refrigeration in Portland. The city of Litton in British Columbia recorded an all-time high of 49.6 degrees Celsius on Tuesday, the highest in Canada.

Death toll rises to 60 in Oregon In Oregon, 12 people died of heat-related health problems in 2017–19, compared to 63 deaths in one week.