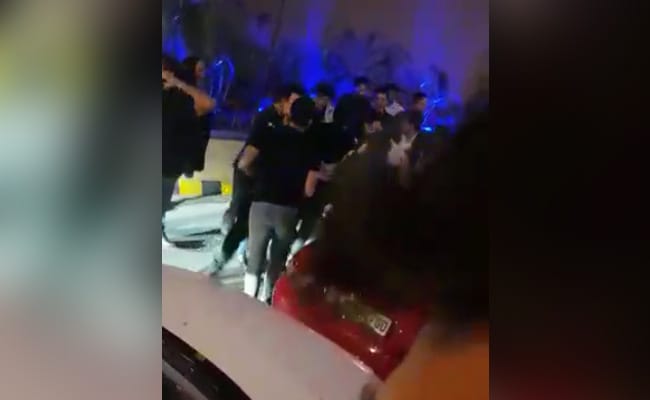 The incident took place on Friday night in an alley where several cars were parked.

A scuffle broke out between two groups at Aerocity when one of their vehicles “lightly hit” another, resulting in two men being arrested, police said on Saturday.

Those arrested were identified as Taranjit Singh (31), a resident of Janakupuri who deals with the sale and purchase of cars and Naveen Kumar (29), a resident of Chhawla village who is a merchant. Goods. The two have no criminal history, police said, adding that other defendants involved in the brawl were in the process of being identified.

The incident took place on Friday night in an alley where several cars were parked. Singh and Kumar were leaving after dinner when one of their vehicles “lightly hit” the other vehicle. They fought and several other men joined them as well, police said.

When security guards and staff tried to intervene, the men also attacked them.

In the video of the incident, several men could be seen fighting. They can be seen hitting, slapping and throwing abuse. We can also see two or three women join them and get manhandled.

A senior police officer said the two parties involved did not press charges against each other. “But we have recorded a case in the brawl sections and other relevant sections for violation of COVID protocols,” the officer said.

Deputy Commissioner of Police (Airport) Ranjeev Ranjan said: “We have registered one case and two of the main defendants have been arrested. Further investigation is underway and we are trying to identify other people involved in the incident. . “