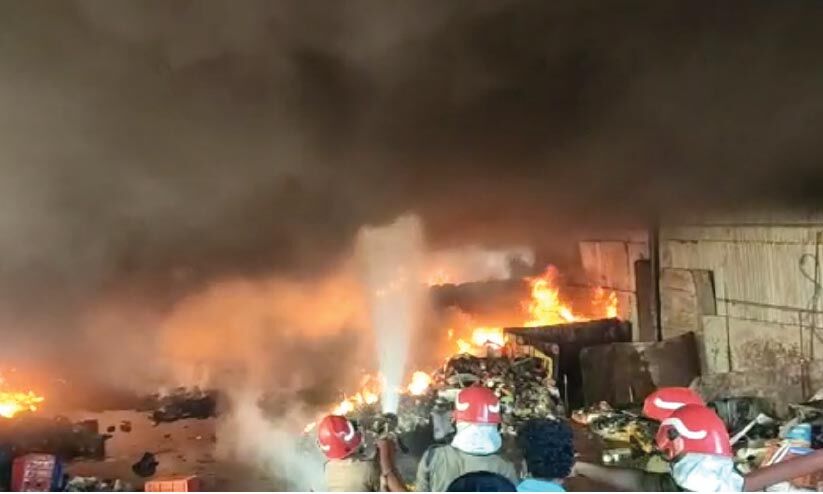 Mannarkad: A huge fire broke out in a court in the city. The center where the items were stored was completely gutted. The blaze broke out around 3 a.m. Thursday.

Firearms in plastics The whole area was covered with black smoke. People were shocked by the sudden fire.

City Council bus near the office of the Department of Public Health The fire broke out in a shed outside the terminal. It’s not perfect.

Indigenous mother of a member of the Trichur Desha Mangalam at the place of Sathari in the Court of Appeal. The accident took place in a market owned by Rin.

The damage is estimated to be more than Rs 15 lakh. Two units of fire brigade set off from Vattambalam to control the fire. More units were dispatched due to inability to do so. As a precaution, the power supply to the area was cut off.

Extreme levels of flood danger were announced in many parts of the country. നു. This is a long effort made by the natives and the fire force. The fire was extinguished after the fire.