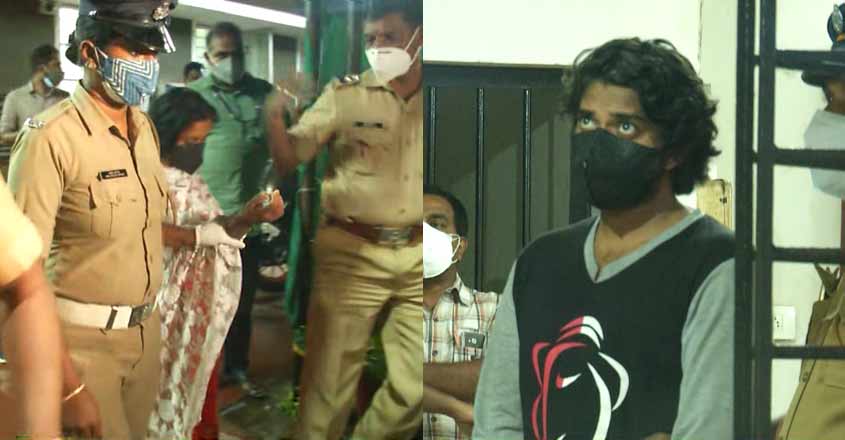 The probe has been extended to neighboring districts for the Quotations team that attacked the Kottayam brothel. Manas Mathew, the manager of a brothel in Vadavathur and the Pathanga gang in Thiruvananthapuram are to be arrested. The investigation revealed that the drunkenness of the prostitution gangs was due to the animosity of the traders.

After the attack, the 14-member team entered Thiruvananthapuram and Ernakulam. Sulekha and Ajmal, both from Mallappally, were arrested by the police when they reached the prostitution center in Vadavathur. They are the ones who explained the reason for the drinking of the prostitution gangs.

Before Kovid, Manas from Ponkunnam and San Jose from Ettumanoor had run a women’s trade center in Gandhinagar. It was closed after locals complained. With this, Manas opened new centers in Vadavathur and Sanjose market with his estranged girlfriend Sulekha. The problems started when the customers who used to come to Vadavathur regularly went to the San Jose center. The young women at the center of Manas also moved to the center of the market. There was a dispute between the two over the same. Meanwhile, San Jose informed Manas’ wife about the relationship between Manas and Sulekha and shared their videos.

With this, the Manas Quotations team was appointed to kill San and the group. The group, who arrived in two cars, hacked San and his friend Aamir Khan. But the gang did not attack the young women at the center. Police also received footage of the young women escaping after the attackers returned. The investigation, which focused on phone calls, was crucial in locating the culprits in a case where even the hackers were not willing to complain. The investigation is being led by Kottayam DySP M Anilkumar. Apart from the Vadavathur gang who attacked, the police also registered a case against the Chandakkadav gang for running a women’s trade center.