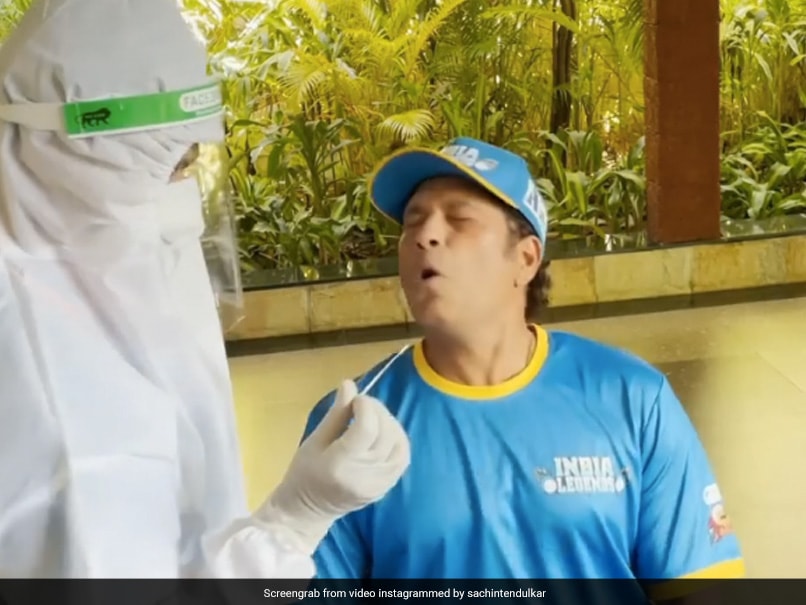 
Sachin Tendulkar, who is currently in Raipur with the India Legends team for the ongoing World Road Safety Series, decided to prank medical staff during a routine coronavirus test ahead of their match against England Legends on Tuesday . As a member of the medical staff took the nasal swab from the legendary drummer, he cried out, pretending to be in pain. The staff member was surprised before Tendulkar smirked, revealing he was playing, drawing a few laughs behind his back.

“I played 200 tests and 277 COVID tests! A little joke to lighten the mood,” he captioned the video on Instagram. “Kudos to our medical staff here for helping us play for a cause!” he added.

After the road safety series was cut short last year due to the coronavirus pandemic, it picked up where it left off on March 5 this year, with India Legends taking on their counterparts in Bangladesh.

Set a goal of 110, Tendulkar stepped back the years with his opening partner, Virender Sehwag, as they did the short job of the pursuit, winning the game with 10 wickets and almost as many overs to spare.

While Tendulkar gave fans a flashback to his playing days with a 33 of 26 dotted with five stakes, it was Sehwag who hit the nail on the head.

The destructive opener smashed Bangladesh Legends all over the park en route to undefeated 80 out of 35 deliveries. Sehwag hit 10 limits and five maximums as India Legends finished the chase in 10.1 overs.