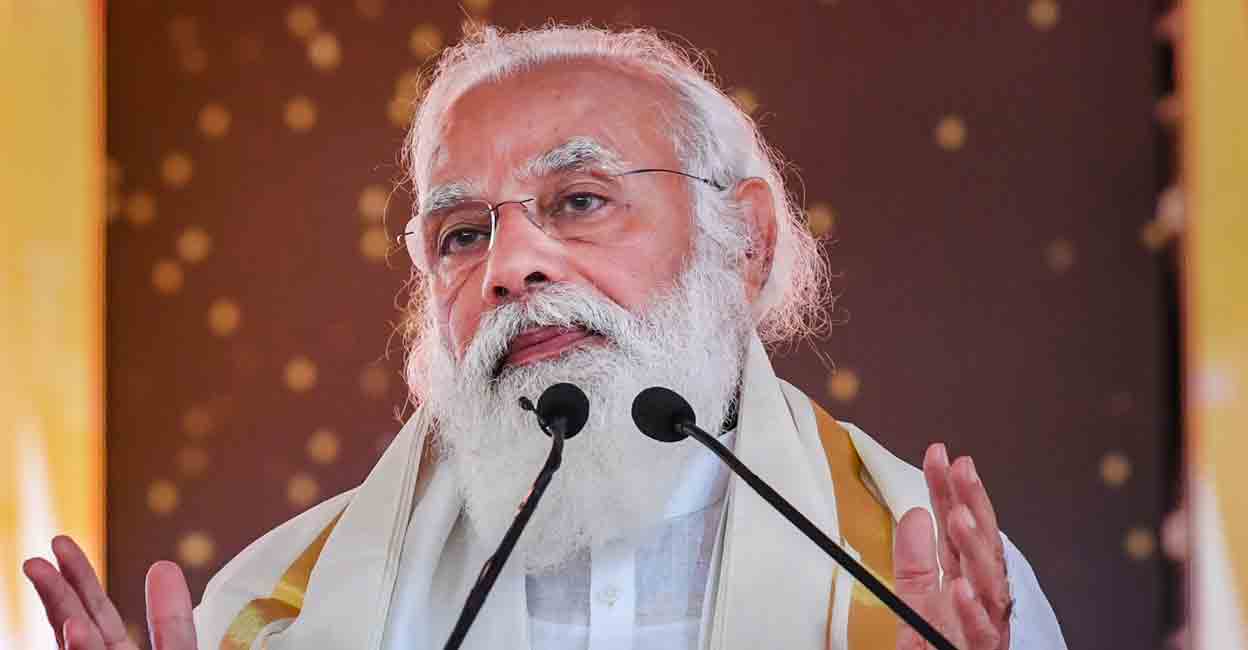 New Delhi: The Center has directed BJP-ruled states to place banners with pictures of Prime Minister Narendra Modi and their respective chief ministers at free ration distribution centers under the Pradhan Mantri Garib Kalyan Anna Yojana. There is also a suggestion that the lotus, the BJP’s symbol, should be affixed to the bags used to distribute rations

The Prime Minister restored the Gareeb Kalyan Yojana scheme as a relief to the families of the needy following the second wave of Kovid. The scheme to provide 5 kg of free foodgrains per month to 80 crore people under the National Food Security Act has been extended till November.

In a letter to state leaders, BJP national secretary Arun Singh demanded that the food scheme be made available to the people in the best possible way. MPs, MLAs and party functionaries were instructed to ensure the lotus symbol on ration bags.

Even in states where BJP rule does not exist, the proposal is to put the lotus symbol on ration bags. In such states the image of the Chief Minister should be removed from the banner. Instead, the image of public figures and legislators should be published. Social media should also be used for propaganda. Party leaders have also been directed to meet the beneficiaries in person. It is recommended that ration bags be plastic-free and strictly adhere to the Covid protocol.