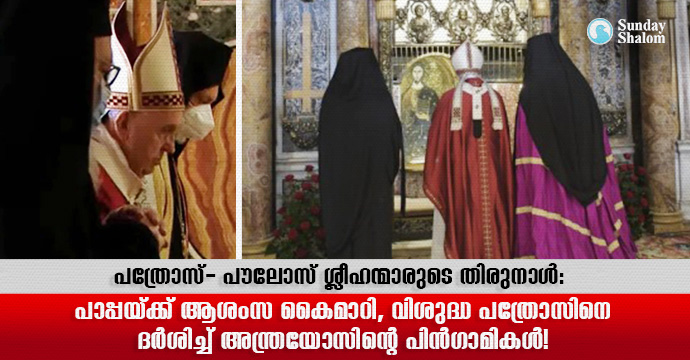 After the Eucharistic Sacrifice at the Vatican’s Basilica, a delegation of patriarchs prayed with the Pope at St. Peter’s Tomb, located below the Basilica. In the Eucharist, the pope addressed the delegation: ‘Your remarkable presence is an invaluable sign that leads divided believers on the path to unity. It is a sign of the true fellowship that binds us together as Catholics and Orthodox, though not yet complete. ‘

On the eve of the Feast of the Apostles, a delegation arrived at the Vatican with a message of congratulations from Ecumenical Patriarch Bartholomew I. The pope gave them a warm welcome and thanked them. Pope Bartholomew I greets Pope Benedict XVI The pope also asked the delegation to inform him of his arrival at the Vatican.