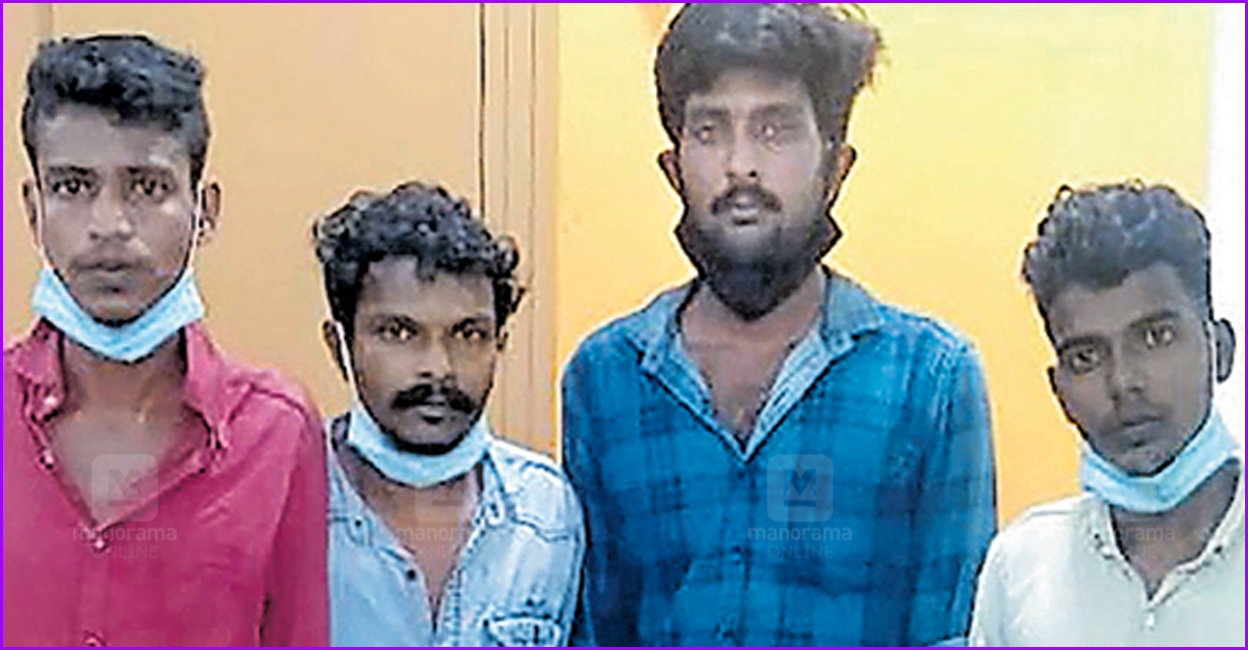 Thiruvananthapuram: Four accused in the case of attacking two Aegis office workers and their wives while on an evening ride have been arrested. Rakesh (28), also known as Kochurakesh, hails from Patoor VV Road, Pandaravilakam, Praveen (25), known as Kai Praveen, lives in Kannammoola Kulavaram, and Abhijit Nair (25), known as Unni, lives in Nedumangad Pazhakutty Kodipuram Srivalsam, and lives in TPJ Nagar, Pattom Thekkummoodu. ) Were arrested by the Pettah police.

It was Rakesh who harassed the women and assaulted the Aegis office officials who were questioned. Praveen was driving the two-wheeler that Rakesh reached. Shibu and Abhijit were arrested for hiding and helping them. Rakesh was released after serving two years for theft and is accused in three other cases.

City Police Commissioner Balram Kumar Upadhyay said. Ravi Yadav, a native of Haryana, and Jagat Singh, a native of Uttar Pradesh, were hacked to death by the mob while walking near the Rainbow Flat on VV Road, Ambalathummukku at around 8.30 pm on May 27. The attack was prompted by questions from Ravi Yadav and Jagat Singh over their mistreatment of their wives. A special investigation team was formed to nab the absconding accused.