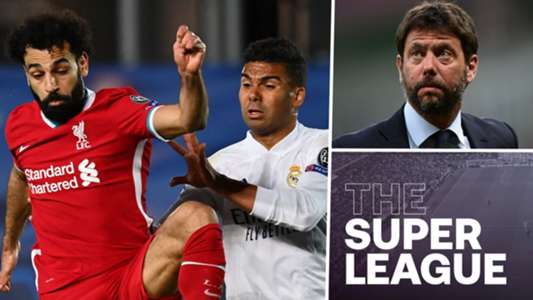 In a statement on Tuesday, the new competition remained provocative despite the half-turns of the six English teams

In a statement on Tuesday, the Super League said the new competition “will reconsider the most appropriate steps to reshape the project” following a number of high-profile withdrawals.

Chelsea, Manchester United, Manchester City, Tottenham, Liverpool and Arsenal have all confirmed they are withdrawing from the newly formed competition as the Super League lose every member of the Premier League’s ‘Big Six’.

As a result, the future of the Super League is in serious doubt.

What does the declaration say?

“The European Super League is convinced that the current status quo in European football must change,” the statement said.

“We are proposing a new European competition because the existing system does not work. Our proposal aims to allow sport to evolve while generating resources and stability for the entire football pyramid, including helping to overcome the financial difficulties faced by the entire football community, a consequence of the pandemic and would also offer significantly improved solidarity payments to all football stakeholders.

“Despite the announced departure of the English clubs, forced to take such decisions due to the pressure exerted on them, we are convinced that our proposal is fully aligned with European laws and regulations as demonstrated by a court decision aimed at to protect the Super League from third parties.

“Given the current circumstances, we will reconsider the most appropriate steps to reshape the project, always keeping in mind our goals to provide supporters with the best possible experience while improving solidarity payments for the entire community. football community. “

Which teams are still in the Super League?

Barcelona, ​​Real Madrid, Atletico Madrid, Juventus, AC Milan and Inter have joined the English “Big Six” as the founders of the Super League.

Barca’s participation is in doubt as the club could withdraw from the newly formed Super League if its members vote against the participation.

Reports in Italy, meanwhile, claim that Inter are taking steps to leave the competition.