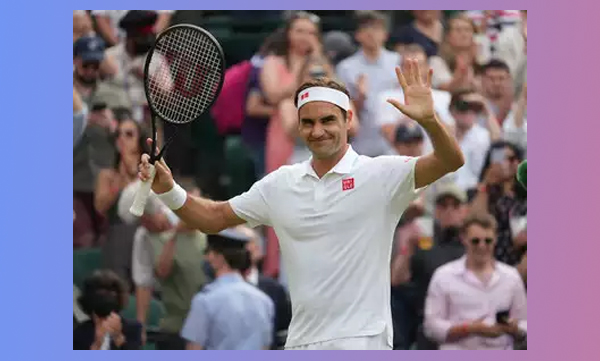 Federer did not have to struggle in the second set. Federer lost just one game to take a 5-0 lead. In the third set, Gasquet showed fighting spirit. Federer went on to beat Gusquet 3-3.

This is Federer’s third appearance at Gusquet at Wimbledon. In the first round of 2006 and the semi-finals of 2007. Federer won three times without conceding a single set.

Federer holds Martina Navratilova’s record of eight Wimbledon titles. If he wins the title once again, the record will be in the name of a superstar. Federer will face Britain ‘s 29th seed Cameron Norie in the third round today. In the women’s singles, Belarus’ Aryana Sabalenka advanced to the quarterfinals. Second seed Aryana defeated Maria Osorio Serrano in straight sets. Score: 6-0, 6-3. Despite being a top seed, Ariana has yet to reach the Grand Slam quarterfinals. Ariana’s next opponent is Yelena Rybakina, who defeated Shelby Rogers of the United States (6-1, 6-4). Former French Open champion Iga Viteque also advanced to the quarterfinals.