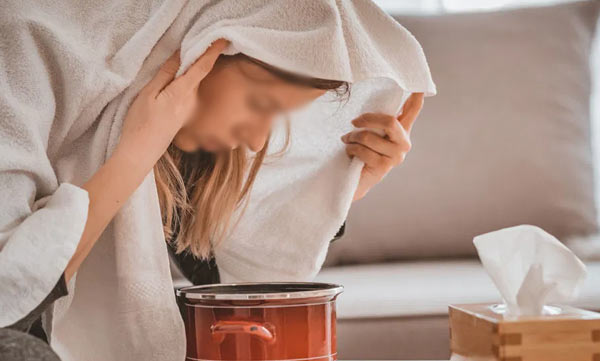 Doctor’s note with a warning to those who inhale steam five or six times a day to prevent covid. “It simply came to our notice then. Zulfi Noah clarifies in a shared post.

Let all the steam just evaporate.

He prayed with an open mind.

Also seen yesterday at the OP was a young woman with a runny nose.

Steamed and smashed, to keep the Kovid from coming!

The views are as follows. Steaming five or six times a day.

Cut it and put it in boiling water

Kovid would not have come if he had caught steam like this!

If this cut steam is inhaled five or six times into the nose, the hair follicles that are invisible to the naked eye inside the nose will burn away.

Burning like that will only increase the chances of Kovid coming.

These microscopic hair follicles help to move the secretions and air inside the nose.

If that immunity is reduced, the risk of developing other diseases, not just Kovid, will increase.

Steam can be inhaled for a while, with or without medication, if prescribed by a doctor.

When steam is inhaled and burned in the nose, the disease “flies” and enters the lungs.

So let the steam just evaporate.