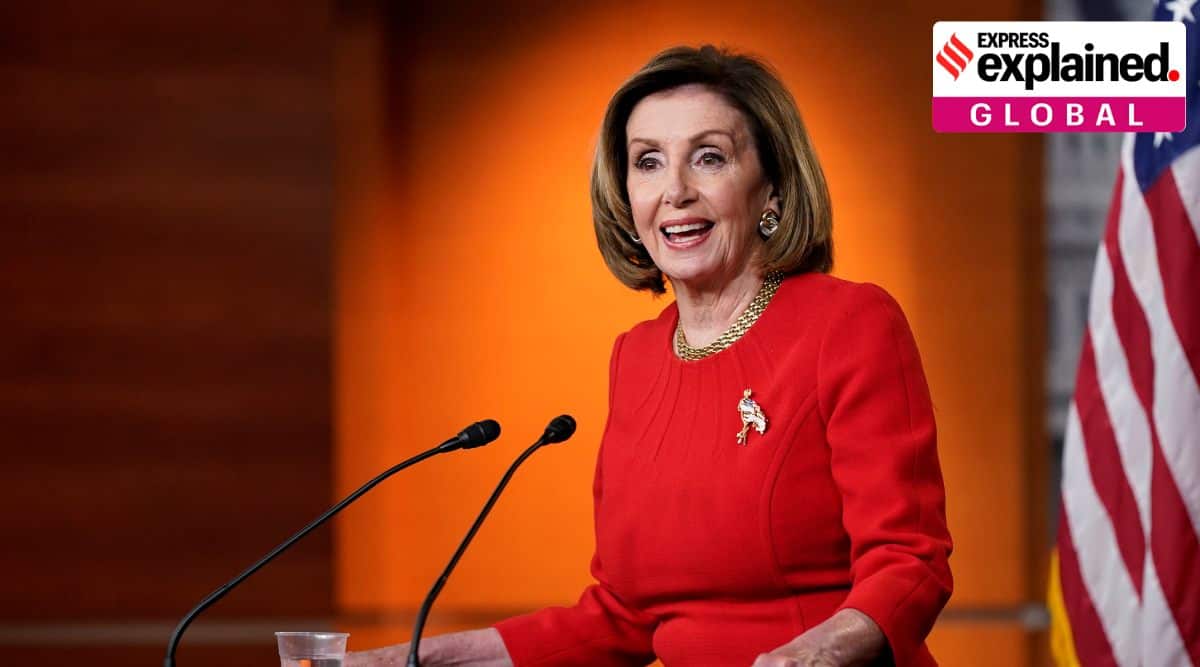 US House of Representatives Speaker Nancy Pelosi joined a growing chorus of activists and human rights organizations calling for a diplomatic boycott of the 2022 Beijing Winter Olympics on China’s history of alleged human rights violations against ethnic minorities in the country.

In a bipartisan congressional hearing on the issue on Tuesday, the top Democrat urged lawmakers to push not only for the United States to avoid the event, but also for “leading countries” around the world. “Refuse their participation in the Olympic Games”.

“Let us not pay tribute to the Chinese government by inviting heads of state to visit China,” she said. “The fact that heads of state are visiting China in light of an ongoing genocide – while you are sitting there in your place – really raises the question of what moral authority do you have to speak again about the human rights everywhere. ? “

Pelosi is not the only international lawmaker to have called for a boycott of the games. Previously, British MPs had urged athletes to withdraw from the event.

So why is Pelosi calling for the Beijing Winter Olympics to be canceled?

In 2015, Beijing won its bid to host the 2022 Winter Olympics, making it the first city in the world to be selected to host both the Summer and Winter Games. While the historic moment was widely celebrated in China, some human rights activists weren’t so happy given the county’s history of oppressing the Muslim Uyghur minority community in the controversial Xinjiang region. It was then that the first calls to boycott the Beijing Winter Games were heard.

Over the years, several international humanitarian organizations and activists have joined in and called for a complete boycott of the event. On May 17, a coalition of groups representing Uyghurs, Tibetan rights groups and pro-democracy activists from Hong Kong released a statement condemning the decision to hold the prestigious sporting event in China. The coalition said the time for “diplomatic boycotts” and the start of new negotiations with the International Olympic Committee (IOC) was over.

Pelosi’s demand for a US diplomatic boycott of the 2022 Winter Olympics, which has been echoed by several US lawmakers in recent years, was also prompted by allegations of abuse of Uyghur Muslims in China and other minorities. It comes months after the United States declared that China committed “genocide” by suppressing Uyghurs in Xinjiang.

In February, former US Ambassador to the United Nations Nikki Haley also warned that allowing the Games to take place could lead to “greater horrors” in China in the future.

We must boycott the 2022 Winter Olympics in China.

It would be a terrible loss for our athletes, but it must be weighed against the genocide in China and the prospect that China’s empowerment will lead to even greater horrors down the road.

Those who support the boycott believe it could lead to a significant policy change in the country and improve the situation of Uyghurs and other Muslim minorities in Xinjiang.

Atrocities against Uyghur Muslims in Xinjiang

In 2018, an independent panel set up by the United Nations said it had received a number of credible reports suggesting that more than a million Uyghurs and other Muslim minorities had been detained in what China calls’ “ re-education camps ” in the Xinjiang region in the past. a few years. A 2019 BBC investigation found that children in Xinjiang were being separated from their families to isolate them from their Muslim communities.

Following a series of allegations of forced labor and human rights violations by Chinese authorities, several Western countries, including the United States, have imposed sanctions on the country.

The governments of Canada, the United Kingdom and the United States issued a joint statement in March accusing China of imposing a “broad program of repression” on the Uyghur population including detention camps, forced labor and sterilization. forced.

About 87 percent of all material produced in China is made from cotton obtained in Xinjiang, The New York Times reported. This means that about one in five cotton garments sold worldwide contain cotton or yarn from the region. The majority of the workers who run the region’s thriving cotton industry are Uyghur Muslims, who are chained to forced labor, the reports suggest.

In January, the Trump administration announced an import ban on all cotton and tomato products from Xinjiang over allegations of forced labor and other human rights violations against Uyghur Muslims. The Biden administration did not attempt to overturn the ban when it came to power earlier this year.

China has consistently denied all allegations of human rights violations in the Xinjiang region, insisting instead that members of the minority community are simply trained in professional skills to prevent extremism.

In this February 3, 2021 file photo, Tibetans in exile use the Olympic rings as a prop as they stage a street protest against the Beijing 2022 Winter Olympics being held in Dharmsala, India. (AP Photo / Ashwini Bhatia, file)

How has China responded to calls to boycott the Beijing Winter Olympics?

China on Wednesday accused Pelosi of being “full of lies” for calling on nations around the world to boycott the Beijing 2022 Winter Olympics on human rights grounds. “The remarks of some American individuals are full of lies and disinformation,” Foreign Ministry spokesman Zhao Lijian said, according to AFP. “American politicians should stop using the Olympic movement to play despicable political games.”

China has also condemned previous calls to boycott the event as attempts to politicize the sport. Previously, government spokesman Guo Weimin said these threats were “doomed”.

Has the international community already called for a boycott of the Olympic Games?

Yes, the Olympics have a long history of boycotts. In fact, several experts have pointed to similarities between calls to boycott the Beijing Winter Games and similar demands made during the 1936 Summer Games in Berlin and the 1980 Summer Games in Moscow.

During the 1936 Summer Olympics hosted by Nazi Germany, countries around the world debated boycotting the event, however, apart from the Soviets, most ended up participating. Some argue that the boycott by the Soviets did not have much impact, as the Nazis continued their genocide of European Jews.

The boycott of the 1980 Moscow Olympics, triggered by the Soviet Union’s invasion of Afghanistan in December 1979, had a more profound effect. The call for a boycott was launched by the United States. About 66 countries joined the United States and skipped the games, while only 80 participated.