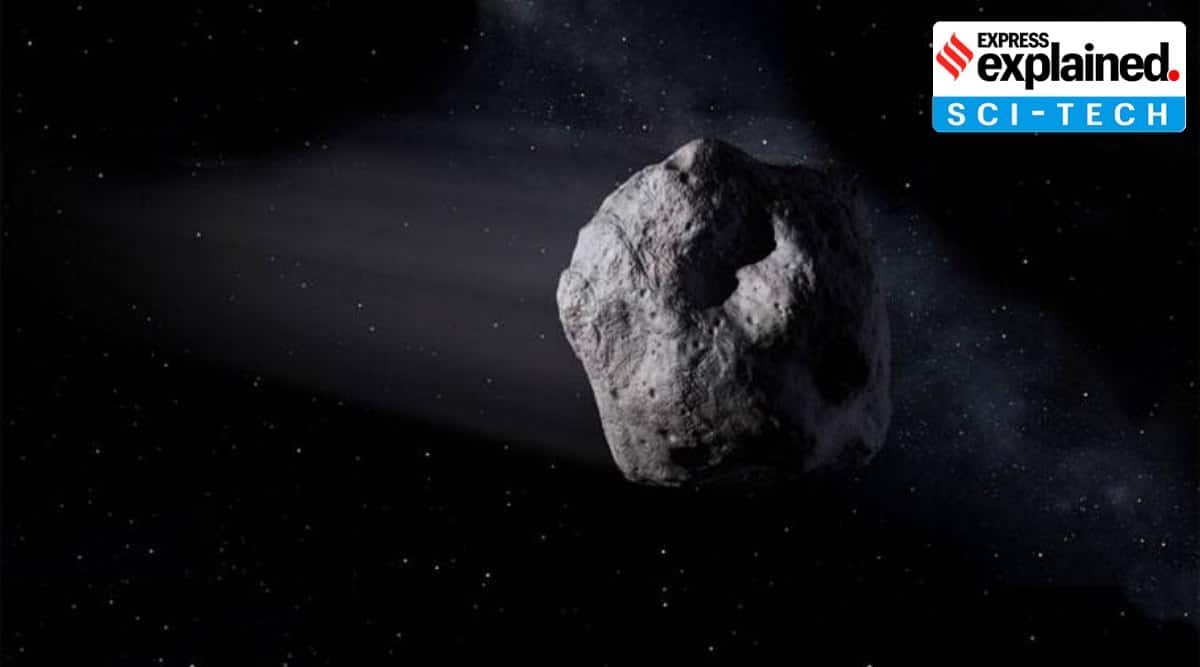 The US space agency NASA has ruled out the possibility that the dreaded asteroid Apophis will cause damage to Earth over the next 100 years.

Named after the ancient Egyptian god of chaos and darkness, it was discovered in 2004, after which NASA declared it to be one of the asteroids that posed the greatest threat to Earth.

Apophis is 340 meters in diameter – comparable to the size of the huge ship currently blocking the Suez Canal. (This ship, the Ever Donné, is 400 m long, 200 m wide)

What NASA Said About Apophis

Apophis was predicted to come menacingly closer to us in the 2029s and 2036s, but NASA subsequently ruled out these events. However, there were still fears about a possible collision in 2068.

This year, the asteroid flew over Earth on March 5, less than 17 million km from our planet. During this approach, scientists used radar observations to study the orbit of the asteroid around the sun in detail.

In order to track Apophis’ movement, astronomers used the 70-meter radio antenna at the Deep Space Network’s Goldstone Deep Space Network communications complex near Barstow, California. They also used the 100-meter Green Bank Telescope in West Virginia which showed imagery of Apophis. The two systems were used together in a “bistatic” experiment which doubled the strength of the received signal.

Based on these results, they were able to rule out any risk of impact on Earth from Apophis in 2068 and long after.

“A 2068 impact is no longer in the realm of possibility, and our calculations show no risk of impact for at least the next 100 years,” NASA’s Center for Near-Earth Object Studies (CNEOS) said in a statement. Friday.

“With the support of recent optical observations and additional radar observations, the uncertainty in Apophis’ orbit has dropped from hundreds of kilometers to just a handful of kilometers when projected to 2029. This knowledge greatly improved from its position in 2029 gives more certainty about its future motion, so that we can now remove Apophis from the risk list. “

The “list of risks” refers to the sentinel impact risk table maintained by CNEOS, which includes all asteroids whose orbits are close to Earth.

As noted, the large asteroid will approach Earth again in 2029, when it is expected to approach 32,000 km, just a tenth of the distance between Earth and the Moon.

That year, the asteroid would be visible to stargazers in Asia, Africa and parts of Europe, without the need for binoculars or telescopes.

Asteroids are rocky objects orbiting the Sun, much smaller than planets. They are also called minor planets. According to NASA, 994,383 is the count of known asteroids, the remnants of the formation of the solar system over 4.6 billion years ago.

Asteroids are divided into three classes. First, those found in the main asteroid belt between Mars and Jupiter, which is said to contain between 1.1 and 1.9 million asteroids.

The second group are the Trojans, which are asteroids sharing an orbit with a larger planet. NASA reports the presence of Jupiter, Neptune and Mars Trojans. In 2011, they also reported an Earth Trojan.

The third classification is near-Earth asteroids (NEA), which have orbits that pass close to Earth. Those who pass through Earth’s orbit are called Earth Cruisers. More than 10,000 of these asteroids are known, of which more than 1,400 are classified as potentially dangerous asteroids (PHA).

Apophis is classified as a PHA.