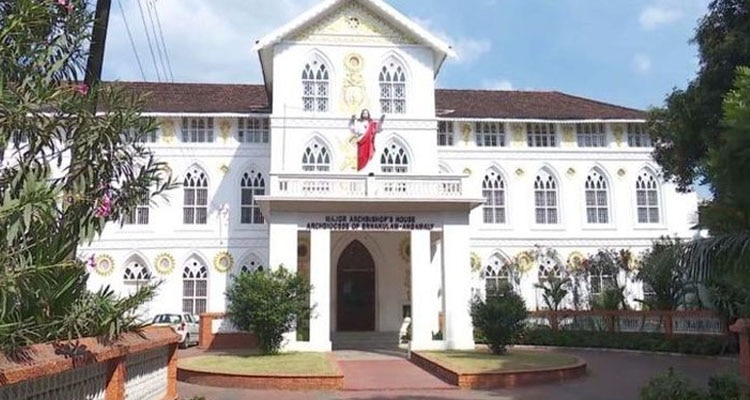 Kochi: Archdiocese of Ernakulam-Angamaly (Archdiocese) Bishop Anthony Kariil said that the process of selling the land has been stopped. The land sale was withdrawn after the clergy filed a review petition. Land to make up for the loss of the Archdiocese (Land) The clergy demanded that he not be allowed to sell.

Bishop Anthony Curry said the decision to suspend the land sale was temporary. In the petition, the priests demanded that the order of the Eastern Congregation be reconsidered. The clergy also argued that the Eastern Church was not allowed to freeze canonical committees.

ALSO READ: The report of the committee appointed by the Vatican was handed over to Cardinal Mar George Alencherry; Vatican proposes end to controversy

Do not allow the sale of land to make up for the loss of the archdiocese. Cardinal Mar George Alencherry should take moral responsibility. The order of the Eastern Congregation should be reconsidered. The clergy also said that the Eastern Church was not allowed to freeze canonical committees. The Vatican’s Nio Gicha Commission of Inquiry had reported that the archdiocese’s interests had not been protected in the Syro-Malabar Church land deal.

Vatican defends Cardinal Mar George Alencherry (Vatican) Report of the Neo Gichha Commission of Inquiry. But the Vatican’s proposal is to end the issue of land transactions without going into further disputes and controversies. Following this, action was taken to sell the land at Kottapadi of the church to make up for the loss.

The proposal is to sell the land and take strict action against those who obstruct it. The statement made by Father Joshi before the new KPMG Commission is a blow to the Cardinal. Father Joshi, who was in charge of the church’s finances at the time, said he had overheard the cardinal talking to a land dealer.

Cardinal Mar George Alencherry has asked land broker Saju Varghese to buy a stake worth Rs 10 crore in Deepika’s newspaper in his name. Instead, Father Joshi reiterated that the cardinal had said that the money owed to the church should be repaid slowly.

ALSO READ: Kovid: Church hospitals to be handed over to government – Alencherry

The report also confirms this with a statement from Monsignor Father Sebastian Northampton. According to the report, George Alencherry failed to sell land in the Archdiocese’s property and buy land in the Kottapadi area. Syro Malabar Church (Syro malabar sabha) The sale of land under the Archdiocese of Ernakulam-Angamaly was a major controversy.