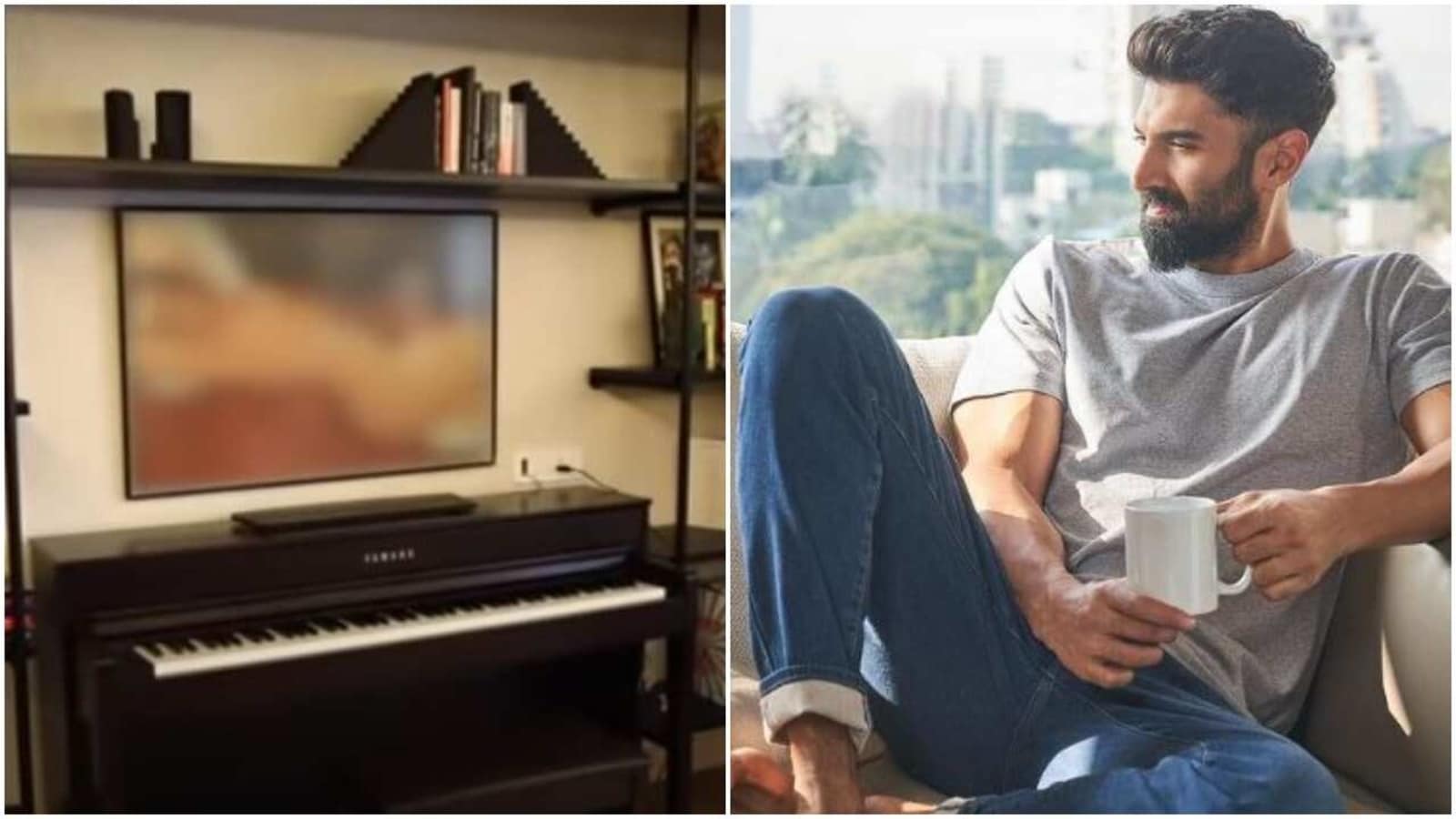 Adtiya Roy Kapur lives in a typical ‘bachelor’ apartment in Mumbai, complete with a pool table, a man cave and a view of the rooftops and the sea. Aditya spoke about her house in a video posted by architect Ashiesh Shah on YouTube.

In the video, Aditya said the last two homes he had lived in were defined by ‘organized chaos’, but he argued that his new home would be ‘uncluttered’. And so he started to “ ruthlessly ” throw away unnecessary things and went for a minimalist look. Although her living room has a piano, donated by her mother.

Aditya said many of his friends had tried to ‘talk him out’ of putting a pool table in his house, predicting he would be bored in three months and take up a lot of space, but he said that he had a personal connection to the game, and really wanted to have a table in his house. He joked that when he has a girlfriend or a wife living with him, he converts the table into a place where he can change a baby’s diapers.

He also spoke of his ‘king-size bed’, which he was reluctant to offer a preview in the video. “Tell me why does a bachelor need such a big bed?” Ashiesh asked mischievously, to which Aditya replied, “I’ll tell you why, because the guest room doesn’t have a bed anymore.” The two laughed at the thought of Aditya’s guests sleeping in her bed.

Aditya also sprang from her red sofa, in her man cave. The “den” area has a sitting area and he said he spends time in the area watching TV, reading or eating. The Man Cave also has a bar. He said he didn’t want to put the bar in the living room because then it would look like “an arcade of debauchery”.

The last two versions of Aditya – Sadak 2 and Ludo – have debuted on streaming platforms. He will soon be seen in Om – The Battle Within, starring Sanjana Sanghi.