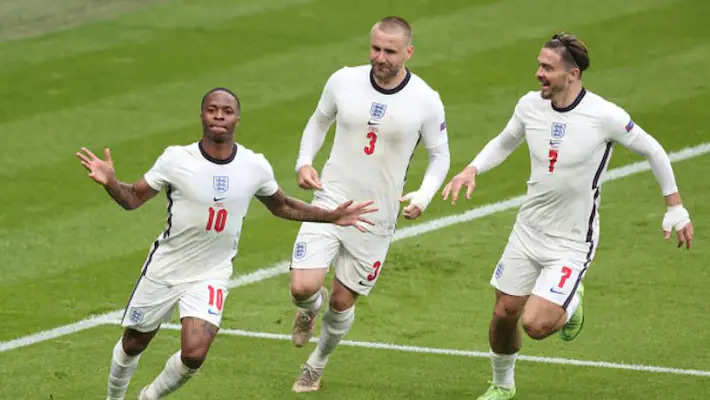 Raheem Sterling has a history of not winning any of England’s goals. Anyway that bad thing changed with the match against Germany in the Euro Pre-Quarter. Harry Kane scored another goal to give Germany a two-goal lead at Wembley Stadium. England advance to the quarterfinals with an official victory. It was also the last match of German coach Joachim Low. With this, all the three teams that entered the death group were eliminated in the pre-quarters. France and Portugal have been out in the last few matches.

The first half was goalless. The match came to a head in the 16th minute when Sterling scored. German goalkeeper Manuel Neuer misses the Manchester City’s shot from outside the box. Germany opened the scoring in the 33rd minute. Timo Werner, Kai Howertz’s through ball, ran and tried for the shot. By then, English goalkeeper Pickford had run towards the ball. Knock on the leg and get out. Harry Kane failed to capitalize on the opportunity later in the first half.

The match heated up in the second half with a shot from Howertz. The Chelsea star’s heavy shot bounced off the top of the Pickford crossbar. England took the lead in the 75th minute through Sterling. The move started from Steeleling and ended in a goal. Sterling came out with the ball and Harry Kane passed it out of the penalty box. To Kane Greelish. Meanwhile, Luke Shaw overlapped on the left wing. The ball received and the ground cross of the show was scored by Sterling.

Shortly afterwards a mistake by Sterling would have ended in a goal in the English post. One of the star’s misses went to the goal face as the ball bounced through the half of England, which lay wide at the feet of Mുള്ളller. The keeper was the only one in front and the shot from Mller went past the goalkeeper and went wide.

In the 86th minute, England scored the winning goal through Harry Kane. Luke Shaw’s move ended in a goal. The show, which came with the ball in midfield, was given to Greelish. Aston Villa headed the captain’s cross to seal England’s victory. Sweden and Ukraine will be the other opponents for England, who reached the quarterfinals with this victory.