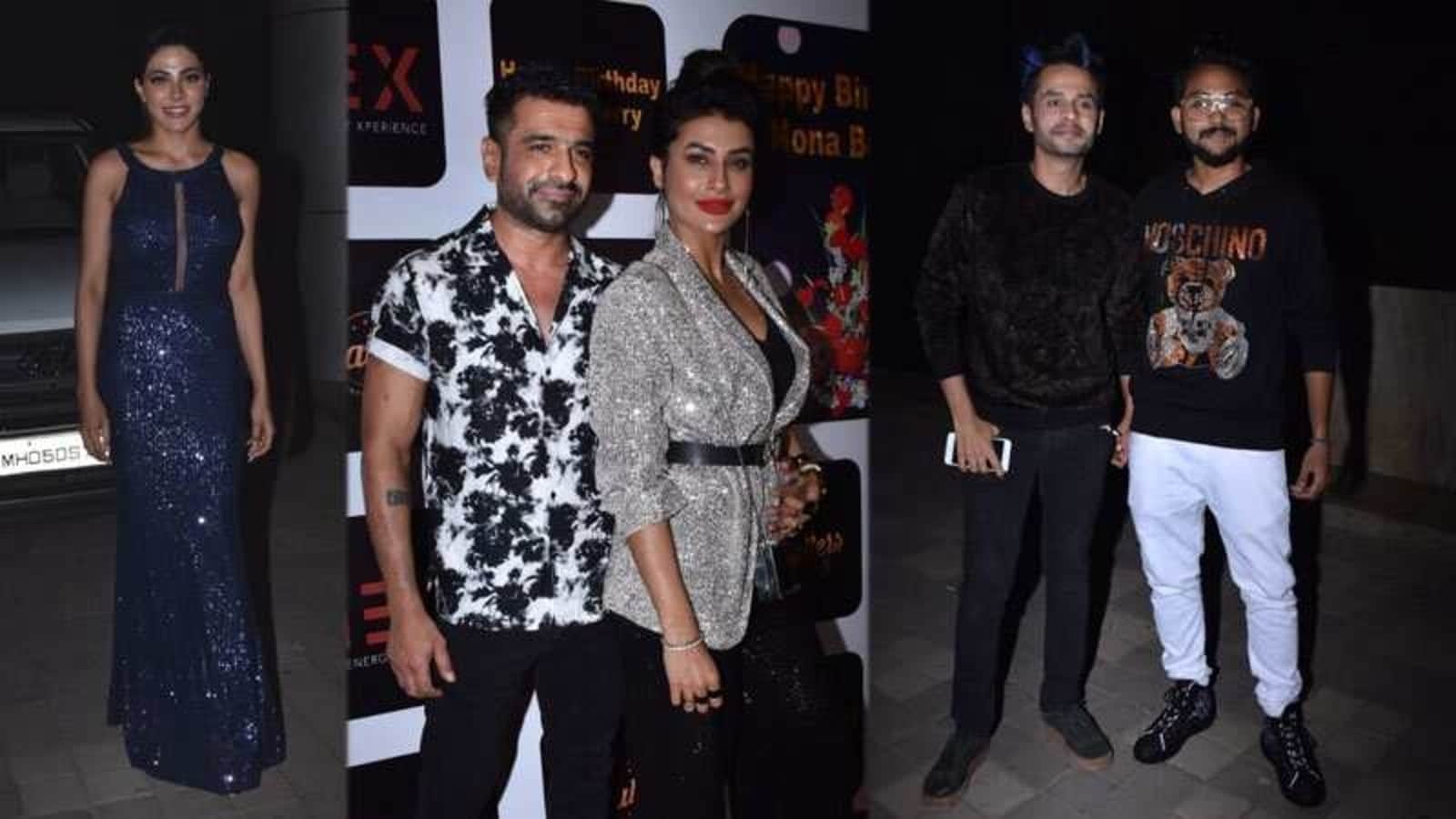 Naina was kicked from the show in the early days. The actor hooked up with his Bigg Boss friends and made sure they all had fun together. Nikki sizzled in a sparkling blue dress and she also met Jaan. He was seen bonding with Shardul and the two continued to pose for photographers together.

Eijaz, remained inseparable from his girlfriend Pavitra and did not let go of her all evening. The two paired up in black and white, with Eijaz in a floral shirt and slacks and Pavitra in a silver blazer and black slacks. The two had confessed their feelings for each other on Bigg Boss, where Eijaz had proposed to Pavitra when she came to meet him as a connection.

A little chaos was also observed among the paparazzi as Naina prepared to cut the cake. In order to stop them, Eijaz even threatened to take the cake.

Pavitra had even shared a romantic photo with Eijaz on Valentine’s Day. She wrote: “F *** butterflies, I can smell the whole zoo when I’m with you #pavijaz #elitepavitrians #pavitrians. PS – TROPHY a single he paas hai mohabbat ki (I’m the one with the trophy of love ) HAPPY VALENTINE’S DAY. “

Speaking of spending time with Pavitra, Eijaz had told The Times of India in an interview: “There is no better place to realize the reality of a person than the BB house. In fact, it is the person. most caring I have ever known. She cooks for me. My fourth call after leaving the house was to her. After leaving my father, I spent the most time with her since I went out to understand the unspoken. A lot of things had to be worked out, not just about her past, but also about what we think about each other. We are not children, we are not in the dating game and we have had our sorrows. me to put it this way, people who think my equation with Pavitra is wrong, are themselves wrong.