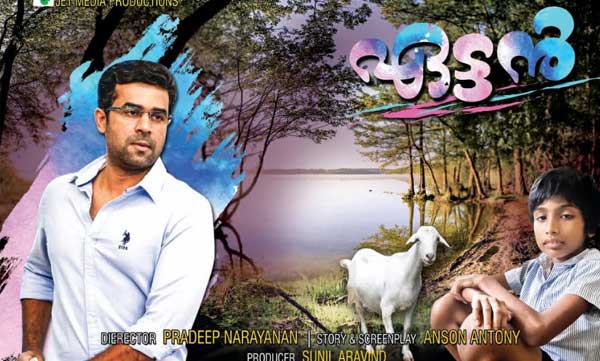 The new movie ‘Ettan’ is coming out in Malayalam with the story of love and affection for children. The film is being made as a new film venture by Delivery Jet, a leading business group based in Kochi. Train Productions – Under the banner of Jet Media, ‘Ettan’ is directed by newcomer Pradeep Narayanan and produced by Sunil Aravind. The shooting of the film will start on the 19th of this month in Athirappilly. The pooja of the film was held at the office of Jet Media in Kalamassery, Kochi.

Etten is a very innovative film starring newcomer child star Lal Krishna in the lead role. Although there have been many films in Malayalam on the subject of children’s lives, ‘Ettan’ is completely different from all of them. Producer Sunil Aravind said that Etten is a family entertainer who prepares in the background of a commercial film instead of the usual styles of children’s films.

The film is absolutely real life. Sunil Aravind pointed out that Jet Media is focusing on filmmaking out of a desire to make popular and artistic films in Malayalam. Eighteen is not just the life of a boy who struggles with adversity. Director Pradeep Narayanan said that the film captures nature, society and attitudes towards fellow human beings. The director said that Etten is also a film that sheds light on the lives that radiate from the harsh realities of life.

The story and screenplay of ‘Ettan’ has been written by Anson Antony, who worked in Malayalam cinema with the immortal film genius Lohithadas. That is why the story of the film is about life. Screenwriter Anson Antony’s portray of green life without any decorations also makes Ettan different from recent Malayalam movies. Another newcomer to the film is Bawa Chelladurai, a prominent activist, writer and South Indian film actor who plays the lead role in Ettan. Action, suspense, thrill and two songs will be completed on a single schedule in Ettan Chalakudy, Athirappilly and Kochi.