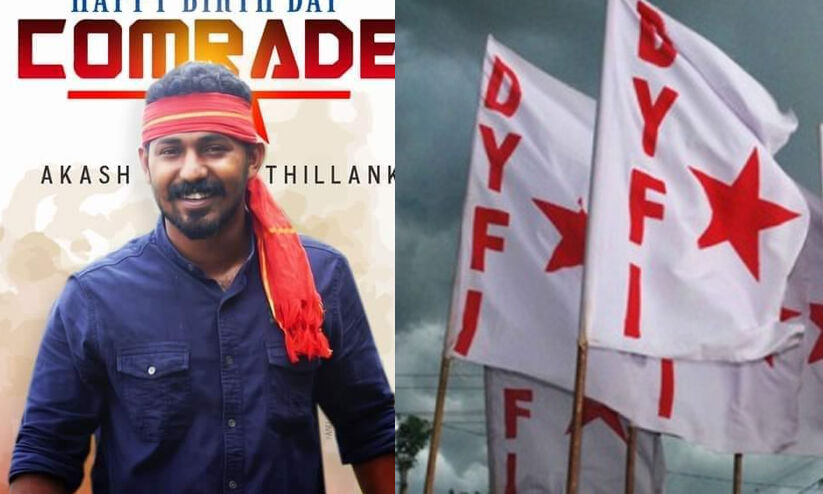 Thiruvananthapuram: DYFI state president S.K. Satheesh. During the discussion on the Reporter channel, he made it clear that they have the courage to face whatever press conference the leader of the Quotations holds.

DYFI is a youth organization with over 27,000 unit committees and over half a crore members. A citation leader should not challenge such an organization. We accept any challenge from him. Satheesh said.

No one should think that DYFI is heavy in the lap. Following the notice of some wrong tendencies in our country, a strong stand has been taken against it and it has been presented before the people. DYFI is an organization that has taken a cautious stance in such cases. Any inquiry is boldly welcomed. Our position is that the culprits should be arrested and punished.

It is a party that has taken a strong stand against such gangs. This is a movement that has taken up the challenge of a lot of quoting groups like this. We have no history of kneeling in the face of a quotation challenge. DYFI is a youth organization with over 27,000 unit committees and over half a crore members. A citation leader should not challenge such an organization. We accept any challenge from him.

We have the guts to deal with whatever press conference the Quotation Leader holds. It has openly called and resisted this kind of social catastrophe as a catastrophe and a group that destroys society. This youth movement has a history of resisting many such quoting groups.

Those in charge of the youth organization will react in the same way when they post that it is as if they have quoted with the killers of Comrade Babu Vettan through their Facebook post. It’s a kind of emotional turmoil. It is deliberately constructed. People close to me may not believe it, but when I become the DYFI District Secretary, they will assume that it is authentic.

Thus, those who betrayed the martyrs must be exposed by name. I challenge those who unleash that campaign in my name. If you can prove that I did it, I can stand in the street and stone you to death. There is no lesser punishment for betraying the party.

I will also have to respond publicly if such false propaganda is noticed and they are not ready to correct it. I was expelled from the party when I was charged in the Shuhaib case. That is something that I, you and the party and everyone are convinced of. The party has no obligation to do anything I do since then. That is a fact. As a person who loves the party, I can not accept the tendency to spy overnight.

I have no problem with the party rejecting me. Mistakes happen to a man with bone and flesh. The party has its own ways of correcting, rejecting and buying it. I am the one who was expelled by the party some time ago. Only if I was a member of any element of the party would the party have a grip on me.

Only then can the party observe whether I am a person who adheres to the discipline and manners of the party. There is no need to blame the party for my comments and actions since the party was expelled. Then why am I spreading leftist politics on Facebook is my choice, my choice is only because of that politics. I did not wait for the call of a committee, based on my convictions.

For the time being, I have no choice but to bow my head or stand in front of the few young leaders who deliberately hold the title of betrayer of the party on my head.