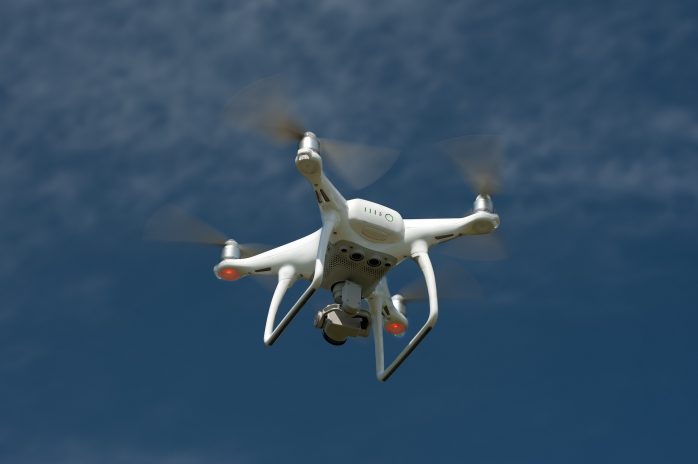 New Delhi: Military experts say the drone strike was aimed at putting pressure on a weak ceasefire that has been in place since February and disrupting the peace process in Kashmir. This is confirmed by the fact that there were attacks the next day after the attack on the Indian Air Force station in Jammu. Later, when the Army encountered the flying drones, they aimed and disappeared into the jungle. Troops are still searching for the sanctuary where the drones were flown. Now commandos specializing in these matters have been deployed in Jammu. It will also bring the perception that Kashmir is once again in turmoil to the international arena, thereby giving the Pakistani government an opportunity to raise the issue at the UN. After all, India-Pakistan relations will once again escalate into tensions. What the terrorists want is such a change.

Prime Minister Narendra Modi had met Home Minister Amit Shah, Defense Minister Rajnath Singh and National Security Adviser Ajit Doval to discuss the issue. The meeting also discussed future challenges in the defense sector. Although the Central Government has not yet made an official response to the drone attack being investigated by the National Investigation Agency (NIA), it is clear that all fingers are pointing fingers at Pakistan. Agencies believe that the drone returns after dropping the IEDs with impact chargers and that the terrorists recover them show complexity and planning. This is unusual in Kashmir. In 2019, intelligence revealed that Lashkar-e-Taiba, a Pakistan-based militant group, was planning a drone strike. It was also reported that the militant group was modifying the drone to carry a 5 kg payload. Since last year, Pakistan has been using drones to smuggle weapons and ammunition into India.

Government sources said the attack came after Prime Minister Narendra Modi met Kashmir leaders and was an attempt to put pressure on a weak ceasefire along the Line of Control.

The natural consequence of the attack would be the pressure on the ceasefire agreement. There are elements and leaders within the Pakistani government who do not want peace. It is important to note that the attack took place in the context of an attempt to start a new political process in Kashmir. The potential of terrorists to carry out such attacks is also evident here. Military spokesmen have warned that drone strikes could be considered.

“It simply came to our notice then that this was not a big deal,” he said. The terrorists here are announcing that we can still beat you with this method, ‘defense sources said. It is believed that the explosives weigh “a maximum of 3 kg” and that the weight of the two IEDs is different. Clarification will be given after the forensic team’s analytical report. The U.S. military is currently withdrawing from Afghanistan. Earlier, the military leadership had said that the move was likely to bring terrorists to Kashmir. India is monitoring the situation in Afghanistan. The terrorists were on the scene to create a crisis in the region after a meeting to resume political proceedings in Kashmir. There have also been attacks on police officials in Kashmir.

Former Indian High Commissioner to Pakistan Sharad Sabharwal has said that the attack has caused a great deal of concern. The ceasefire agreement, which has been in place since February (this year), is expected to remain calm. But this incident has upset it to some extent, ”he said. “We will look into where the investigation is going,” he said. “If Pakistan’s role is proven, there is a risk of crisis,” he added. The senior diplomat warned that if such an incident happened again, it would directly harm the ceasefire along the Line of Control.

‘The Indian government is trying to start a political process in Jammu and Kashmir. The security forces must already devise strong strategies. If such incidents continue, it will destroy all peace efforts. We need calm discussions behind the scenes on strategic issues, ”he said. India has also raised the issue at the United Nations. The use of drones is another cause for concern, Home Ministry Special Secretary V.S.K. Kaumudi said. The use of these aerial / sub-surface platforms by terrorist groups for intelligence gathering, distribution of weapons and explosives, and targeted attacks poses a challenge to security agencies around the world. Kaumudi said technologies like artificial intelligence, robotics, blockchain and the dark web are now a security threat to the country. Pointing to Pakistan, the Special Secretary to the Ministry of Home Affairs added that “the time has come for the international community to call on Pakistan to take effective action against terrorist organizations operating in areas under their control.”