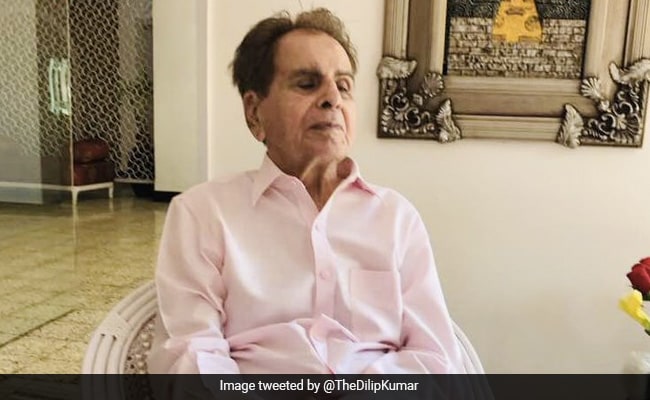 Dilip Kumar’s wife Saira Banu provided an update on the veteran actor’s health on Saturday and said he was “still in intensive care” but “stable”, ANI news agency reported . The 98-year-old actor was admitted to a Mumbai hospital earlier this week after complaining of shortness of breath. “Dilip Kumar Sahab’s health is still stable. He is still in intensive care, we want to bring him home but we are awaiting the approval of the doctors because they know that his state of health as soon as the doctors allow it, will bring him back. at home. He will not be released today. Need prayers from his fans, he will be back soon, “Saira Banu told ANI. He was admitted to Hinduja hospital almost two weeks after his release in June.

Dilip Kumar was also hospitalized on June 6 after suffering respiratory problems. He was diagnosed with bilateral pleural effusion – an accumulation of excess fluid between the layers of the pleura outside the lungs – and he underwent a successful pleural aspiration procedure, PTI reported. He was released on June 11 after “fluid was removed from his lungs,” his wife and actress Saira Banu said in a statement.

In a tweet shared by the actor’s official Twitter account on June 11, his family friend Faisal Faroowho wrote, “With your love and affection, and prayers, Dilip Saab is coming home from the hospital. Mercy and the endless kindness of God through Drs Gokhale, Parkar, Dr Arun Shah and the entire Hinduja Khar team. “

Dilip Kumar is best known for his performances in classics such as Kohinoor, Mughal-e-Azam, Shakti, Naya Daur and Ram aur shyam, to only cite a few. He was last seen in the 1998 film Qila.

(With entries from ANI)