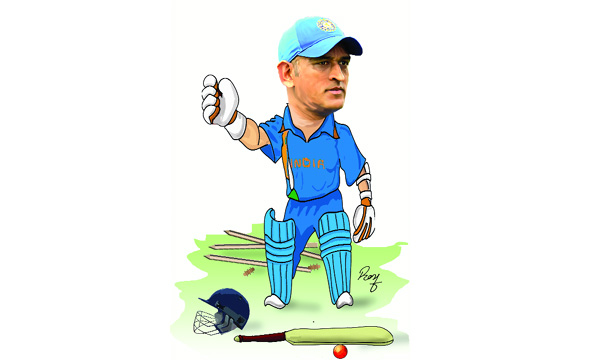 Cricket matches have been suspended for four months following the outbreak of the Kovid-19 virus. The England Cricket Board has the courage to play again in bio-bubble security.

Later, the IPL in the UAE. The 13th season of cricket has begun. Before the IPL, on the night of August 15, former India captain and wicketkeeper MS. Dhoni and teammate Suresh Raina have announced their retirement from international cricket. Last year, Dhoni announced his retirement with the assurance that the Twenty20 World Cup would not take place. In the IPL, Dhoni’s captain Chennai Super Kings are far from winning the title with a poor performance. Super Kings star Raina arrives in Dubai but returns Raina returned after her uncle and family were attacked by robbers. The star did not fly back. Harbhajan Singh, the off-spinner of the Super Kings, also did not want to play in the UAE. Chennai Super Kings miss out on playoffs for first time in history Mumbai Indians won the fifth title in the IPL. They defeated Delhi Capitals in the final.

Last year, Bangladesh defeated India in the Under-19 World Cup to become champions. It was Bangladesh’s maiden World Cup title. Yashwasi Jaiswal (400) was the top scorer in the tournament while Ravi Bishnoi (17) was the top scorer. Australia defeats India in Women’s Twenty20 World Cup The hosts won the match in Australia. This is Australia’s fifth title. Beth Mooney is the star of the series. Australia won the final by 85 runs. Sachin Tendulkar, Brian Lara, Ricky Ponting, Wasim Akram and Virender Sehwag all returned to the field last year as part of a volunteer campaign.

England’s James Anderson became the first pace bowler to take 600 wickets in a Test. Muttiah Muralitharan (800), Shane Warne (708) and Anil Kumble (619) are the other spinners ahead of Anderson. His teammate Stuart Broad also featured in the 500 wicket bill. India were all out for 36 in the Adelaide Test against Australia last week. India collapsed after taking the lead in the first innings.