New Delhi: The Delta variant has a 40 per cent more transmission potential than the previous variants of the Kovid virus, according to a study. The study also found that the Delta Plus variant had the ability to resist vaccines and to eliminate up to 55% of the immunity (immunity escape) created by Kovid immigrants due to non-Delta variants. Immune escape is the ability of the virus to overcome drug treatment and vaccine to destroy the virus.

Scientific studies in countries such as India and the UK have shown that the Delta variant is about eight times more sensitive to vaccinated antibodies than the D614G that erupted from Wuhan.

Compared to the Alpha variant, the Delta variant has significant resistance and resilience. Taking a two-dose vaccine can effectively prevent alpha and delta variants. However, the condition can be serious in those who do not receive the vaccine.

Severe cases were rare in health workers who received two doses of the vaccine. At the same time, the study suggests that breakthrough transmission clusters in hospitals associated with the Delta variant should continue to be infected in the post-vaccination period.

The Delta Plus variant was first discovered in Maharashtra in India. Later, the presence of the delta virus variant was confirmed in states including Kerala. In Madhya Pradesh, two of the seven confirmed cases have died. Reports indicate that they did not receive the vaccine. In Kerala, two cases were reported in Palakkad and one in Pathanamthitta.

This Delta Plus variant is known as the AY.1 variant. Delta Plus is caused by a genetic mutation in the strain B.1.617.2. It was first discovered in India. There are also concerns that the Delta Plus variant could cause a third wave of Kovid in the country. Therefore, the Center is issuing a stern warning to the states in this regard. 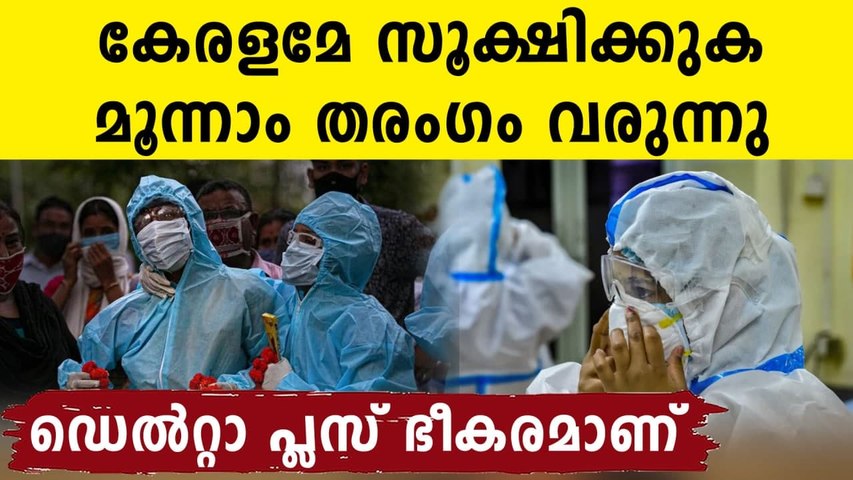