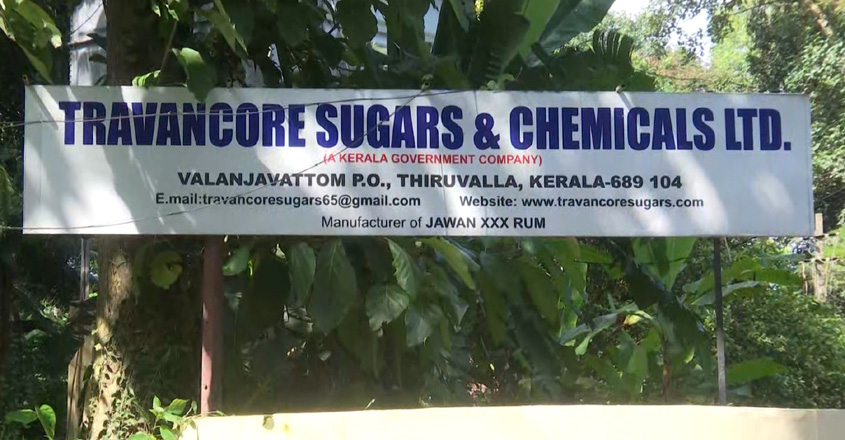 Big Spirit Breaking at Travancore Sugars and Chemicals under Thiruvalla Tamarind. The spirit of two tankers brought from Madhya Pradesh has gone missing. Three people, including an employee, are being questioned. The case will be handed over to the police tomorrow. 20,000 liters of spirit went missing from the spirit that Jawan had brought to make rum for the Beverages Corporation. The missing spirit was found in two tankers carrying 40,000 liters of spirit each. 12,000 liters were missing from one tanker and 8,000 liters from one tanker. It is concluded that it was sold at Rs 50 per liter before reaching Kerala.

Rs 10,00,000 was also recovered from the lorry. According to the tanker drivers, the money was to be paid to Arun Kumar, an employee who keeps track of the spirit in the factory. The contract for the supply of 1,15,000 liters of spirit from Maharashtra was awarded to a distribution company in Ernakulam. The fraud was discovered by Excise Enforcement. Enforcement also reached the spot after the tanker arrived. The weight test was carried out under the supervision of the Legal Metrology Department.