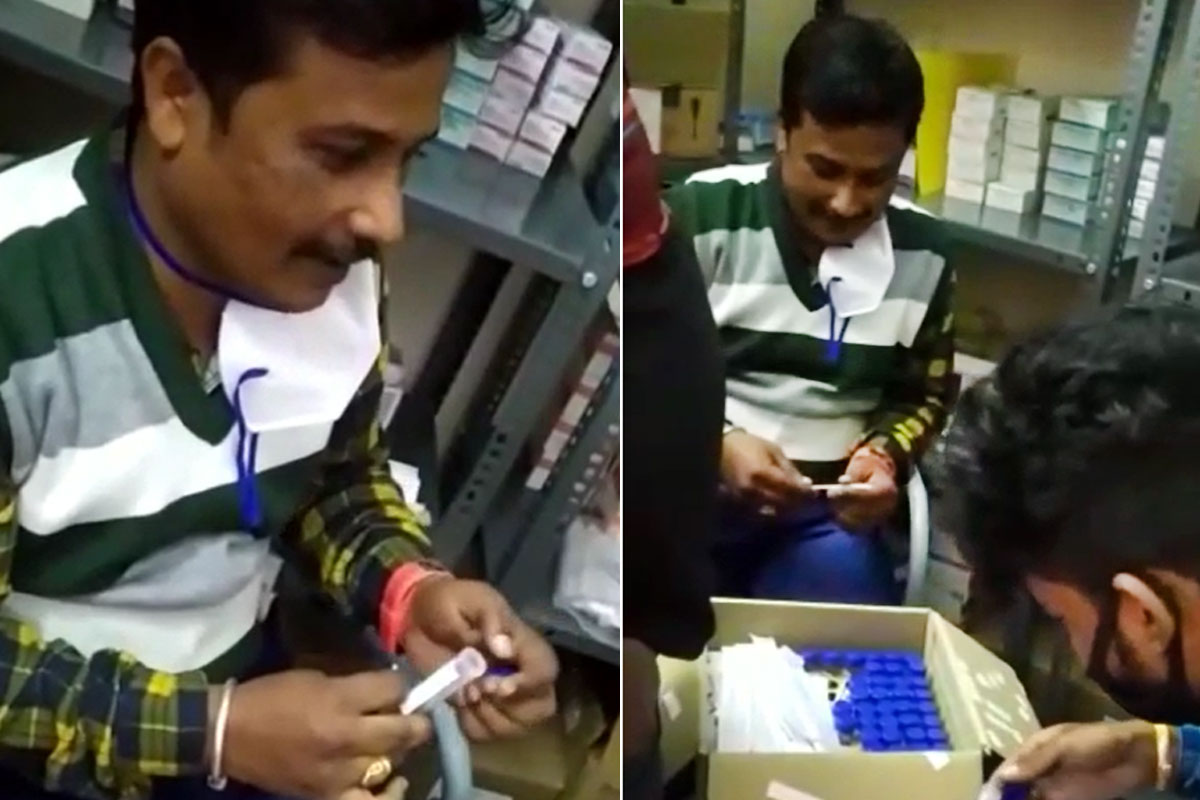 The incident comes days after Health Minister K Sudhakar said tests in Bengaluru would be increased to one lakh per day.

Two staff from the Kodigehalli Primary Health Center (PHC) in Bangalore were filmed simulating a swab collection. Kodigehalli Police on Saturday recorded a first information report (FIR) based on a complaint from Dr Premanand BR, a doctor at Kodigehalli PHC.

A video surfaced in which two PHC staff were seen opening new swabs and putting them in vials without taking a sample. Swabs are used to take nasal and throat samples from people, then inserted into the vial before being sent to a lab for testing. In the video, the two men had a case of vials, which they opened, and put in new swabs without taking any samples. Along with the men, female voices are heard in the video joking about what they are doing. The employee recording the video is heard saying that if the video is posted on Facebook, everyone will know what they are doing. One of the men replies that he is not afraid and that he will continue.

The video went viral on Whatsapp according to the FIR recorded by Kodigehalli Police. The FIR revealed that senior officials saw the video and sent it to the chief medical officer, Dr Premanand. After seeing the video, he complained to the police and an FIR was recorded. In the FIR, he mentioned that this act had taken place in the PHC while he was not present.

According to the FIR, the two staff members who committed the fraud were Hemanth and Nagaraj, who had been appointed ten months ago to collect swabs for the COVID-19 test. The three female voices heard in the video were identified by police as ASHA workers, Kusuma, Prema and Padma, working in PHC. Another staff member, Ashok from PHC was also seen in the video according to FIR.