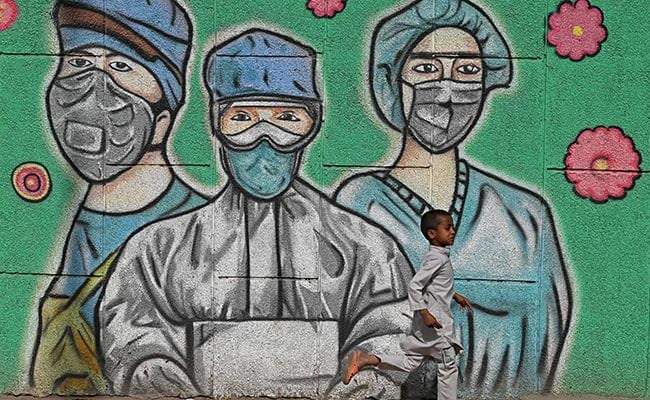 The SBI report said mass immunization is the “only hope” of winning the battle against the pandemic.

India has witnessed an increase in new daily COVID-19 cases since February, “clearly indicating a second wave,” according to a State Bank of India (SBI) report. The second wave can last up to 100 days, when counted from Feb.15, he said.

Based on trends through March 23, the total number of coronavirus cases in India in the second wave is expected to be around 25 lakh, according to the forecast.

The 28-page report said localized lockdowns or restrictions have been “ineffective” and mass vaccination is the “only hope” of winning the battle against the pandemic.

“Given the number of days between the current level of new daily cases and the peak level of the first wave, India could peak in the second half of April,” he said.

Focusing on economic indicators, the SBI report said the economic activity index, based on high-frequency indicators, declined last week, adding that the impact of the lockdown or restrictions imposed by some states could become visible next month.

The report also calls for an increase in the rate of vaccination in states. Increasing the daily vaccination from the current 34 lakh to 40-45 lakh per day would mean that inoculation of citizens over 45 can be completed in four months from now.

India today recorded 53,476 fresh coronavirus cases in one day, the biggest single-day jump in more than five months, according to data from the Union Ministry of Health.

The Department of Health said on Wednesday that a new “double mutant variant” of the coronavirus has been detected in 18 states across the country in addition to numerous other strains or variants of concern (VOCs) that have also been found overseas.

“As we see the start of the second wave and complete more than a year of fighting the virus, the focus should be on testing, wearing masks and vaccination,” the director said on Wednesday. ICMR General Balram Bhargava.