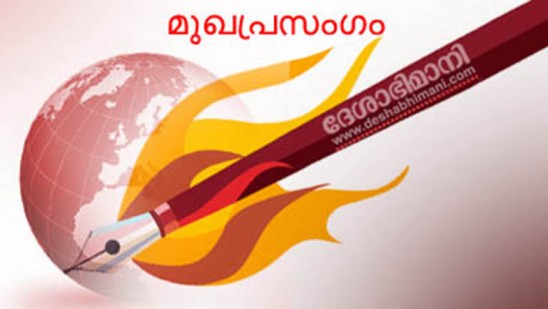 Neighboring China is fast becoming one of the world’s leading powers. China is the second largest economy in the world after the United States in terms of GDP. China has grown into a $ 14 trillion economy. It accounts for 17.1 percent of world GDP. It also announces that China is becoming a major power in China’s Belt and Road project, which moves to Africa through Asia and the Middle East. Although it has not yet been able to defeat the military, China has already surpassed the United States, including in the navy.

Despite being the most populous country in the world, poverty has been eradicated because of the success of the socialist path followed by China. China has shattered the right-wing propaganda that ‘socialism is poverty’. The world is watching China’s progress in technology, scientific research, high-speed rail construction and space exploration. They have also made great strides in the field of health education. The world has acknowledged that China stopped the spread within days of its first impact, as a result of China’s huge public investment in the health sector.

Undoubtedly, this growth in China is the result of the policies and foresight of the ruling Chinese Communist Party. Today marks the centenary of the Communist Party leading China to socialist construction. With the collapse of the Soviet Union, right-wing capitalist forces predicted the end of communism, but the Chinese Communist Party remained in power. Today it is the largest political party in the world. Formed on July 1, 1921, at a conference attended by 12 delegates, including Li Dashao, Chen Duxiu and Mau Se Dong, the party has grown to nine and a half million members. Of these, 27 per cent are women. 34% are under 40 years of age. The Communist Party is advancing the application of Marxism-Leninism and Maoist thought in the special context of China.

The Maoist-led government implemented land reform, public sectorization in the industrial sector, and ensured equal rights for women in society. The Five Year Plan, launched in 1953, marked the beginning of comprehensive infrastructure development. However, erroneous tendencies such as the ‘Great Leap’ and the ‘Cultural Revolution’ that alienated the Communist Party from the masses also arose during this period. Variations in personal influence and left-wing adventures also influenced the Communist Party. After Mao’s death in 1976, the Quartet sought to seize power. But for the Chinese Communist Party to survive.

China entered another era in 1978, when Deng Xiaoping’s economic reform began at the Third Plenary Session of the Party’s 11th Central Committee. This process, described as the modernization of the Communist Party Socialist Party, made China a powerful force. Under the guise of this reform, the Communist Party was able to overcome the student uprising in Tiananmen Square in 1989 to overthrow the socialist system and implement the American model. The socialist system with Chinese characteristics of the beginning of Deng continued under Jiang Zem and Hu Jintao. With the appointment of Xi Jinping as party secretary and president in 2012, efforts to make China a world power have gained momentum. At the same time, there were strong moves on the part of Xi Jinping to raise the living standards of the people and eradicate corruption. There is no doubt that the Communist Party and the government, which have always stood by the people and worked for their upliftment, can still conquer heights.