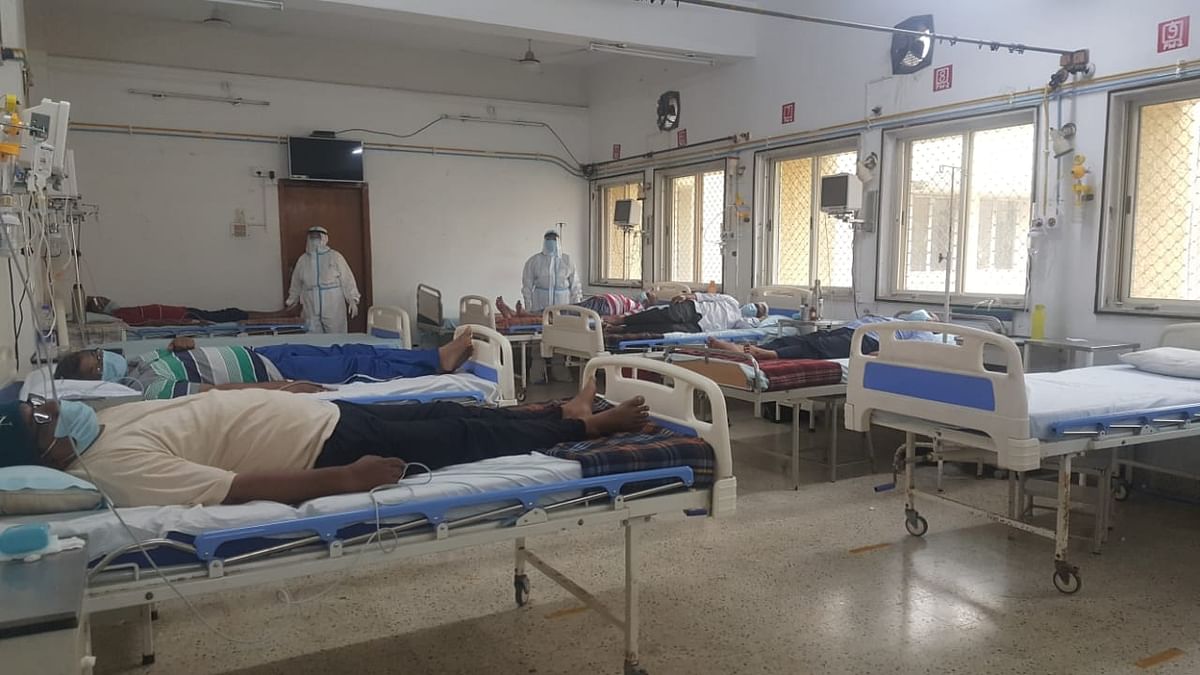 Amid rising coronavirus cases, all major private hospitals including Bombay, Saifee, Lilavati, Nanavati, Hiranandani and other hospitals are running out of Covid beds, as a result of which patients must be on a list of ‘waiting to be admitted. However, the civic body says 24% of beds are vacant in all hospitals. Officials said that due to the floating population the patient beds are not vacant and they are receiving moderately symptomatic patients who are released in seven days.

A senior city official said most patients came from upper society, after which they wanted beds in private hospitals resulting in a shortage and needy patients had to be on a waiting list. “The main reason that the beds are not vacant is because most of the patients are moderately symptomatic as a result of which they have to be hospitalized due to which there is a floating patient population. However, patients are released within four to five days after their reports are negative, but due to an increase in the number of full beds and we have to keep the patient on hold, ”he said.

Meanwhile, the civic body has asked private hospitals to increase the number of Covid beds to 5,000 from 3,111 currently. The city has nearly 13,000 beds and plans to increase it to 21,000 in the coming weeks.

One of the patient’s parents said he wanted to admit his mother to Covid hospital after she tested positive for corona, but was unfortunately asked to wait until the beds were vacant. “I inquired at Saifee hospital and was told there was a waiting list of over 50,” he said.

Dr Gautam Bhanshali of Bombay Hospital, who is a member of the state task force, said: They have started getting calls from people who say they are searching for relatives in case he there would be a need. Additionally, they had reduced the number of Covid beds when cases declined, but they increased it again to 80 beds. “When the pandemic started, we had over 150 Covid beds. But later we reduced the beds as it was still vacant as the cases had shrunk. When the cases started to decrease, we reduced the number of beds to only 10 to 15 and those were also vacant. But now we have 39 beds including 11 intensive care beds and they are all occupied. We are in the process of adding 40 more beds, including 10 in the ICUs, ”he said.