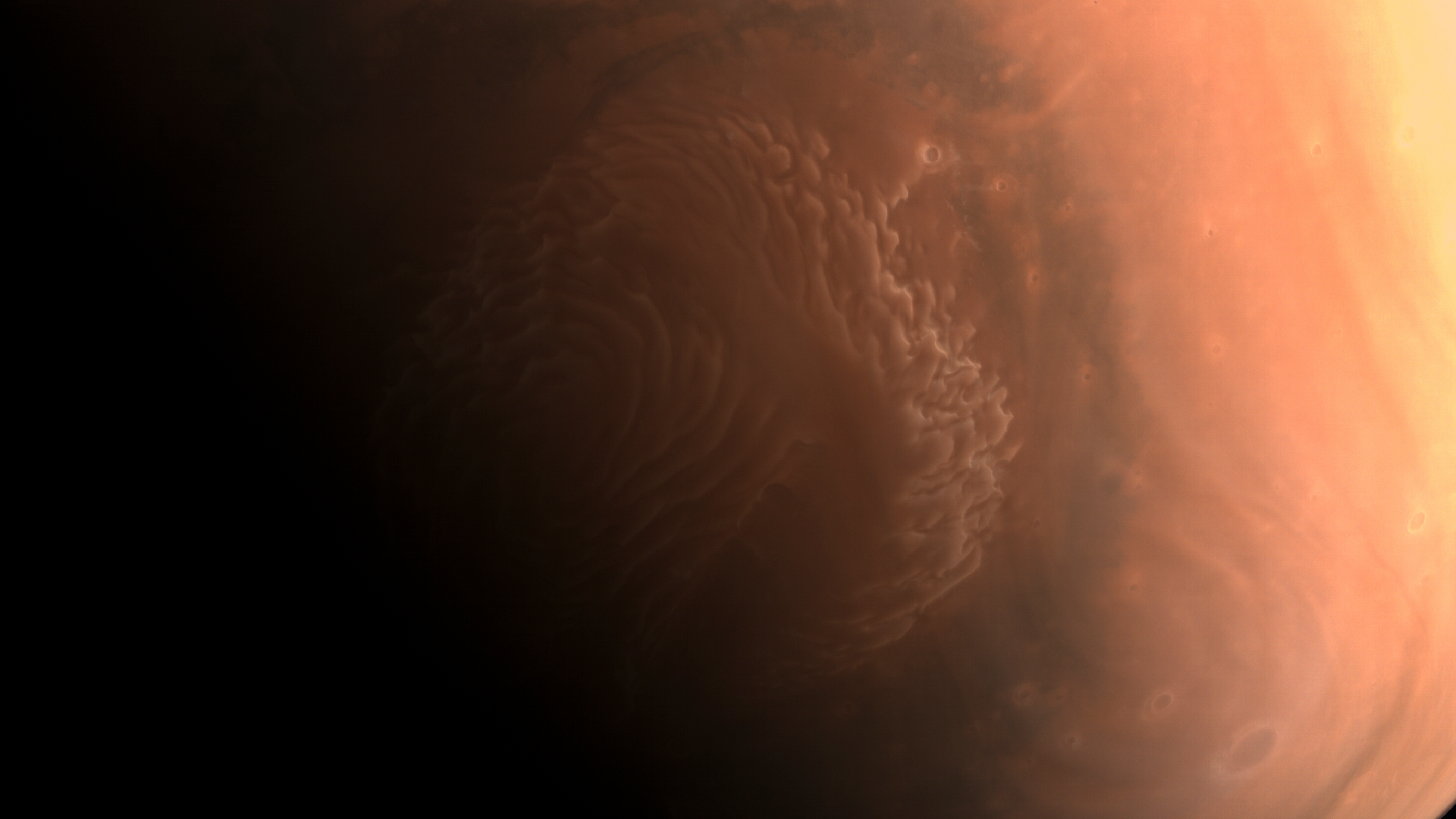 The panchromatic images were taken by the high-resolution camera on the probe at a distance of about 330 to 350 kilometers from the surface of Mars.

With a resolution of around 0.7 meters, the camera captured small, clear craters, ridges, dunes, and other features on the surface of Mars. The largest crater is estimated to be around 620 meters in diameter.

The color image was taken by a medium resolution camera and shows the north polar region of Mars.