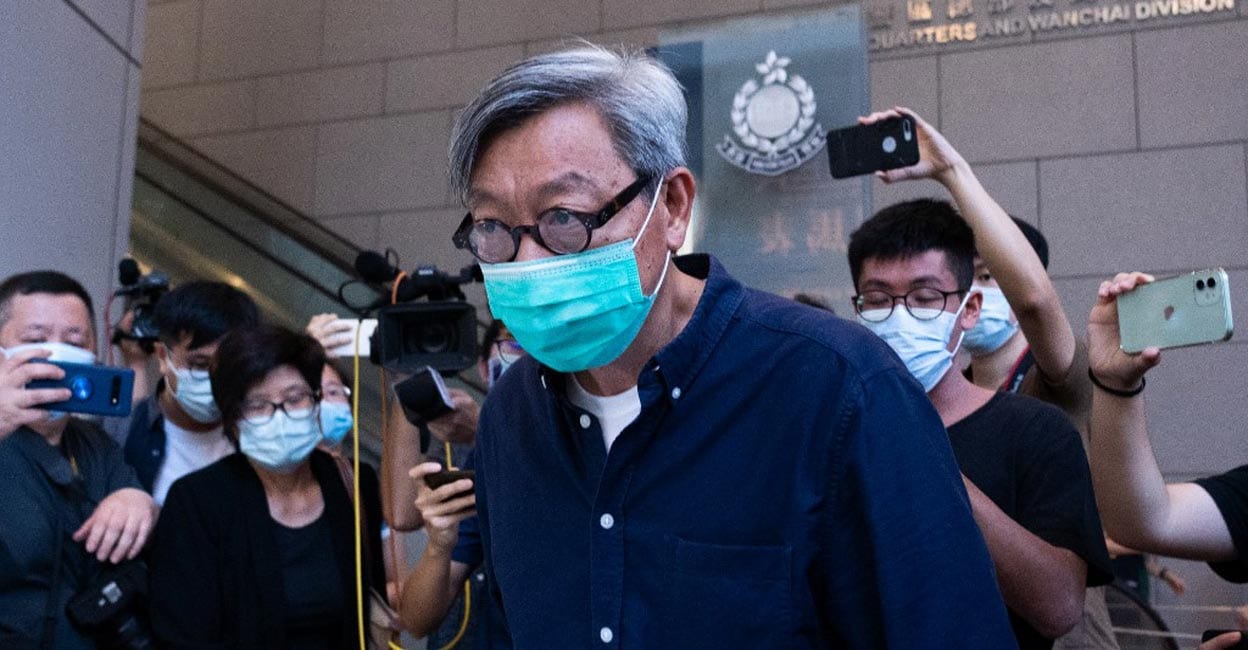 As China’s grip on Hong Kong tightens, so do the freedoms of its people. This is 24 years after the return of Hong Kong to China after more than a century and a half of British rule. The latest incident in the series is the death of the leading newspaper, the Apple Daily. The newspaper closed its publication on Thursday (June 24) after failing to withstand the government’s crackdown.

Apple Corps has been widely criticized for its handling of the Chinese-controlled Hong Kong government’s actions. Its owner, Jimmy Loy, was arrested and sentenced to 20 months in prison. Senior editors, reporters and executives, including the chief editor, were jailed. The lawsuit alleges that they were involved in plotting to overthrow the Hong Kong government.

In addition to the homes of many people associated with the newspaper, police also raided the newspaper’s newsroom. More than 500 police officers were involved in the raid on the newsroom. The staff panicked. Assets and bank accounts of the newspaper and three related companies were frozen.

In this case, Apple stopped publishing. The explanation was that the work was being stopped for the safety of the employees. The newspaper, which used to print 80,000 copies on normal days, printed 10 lakh copies on the last day. People were queuing outside for hours to buy it. By eight-thirty in the morning, the whole thing was sold out.

Jimmy Lai, 72, is the owner of the newspaper, who fled to Hong Kong on a fishing boat from China at the age of 12 more than 60 years ago. He started his career as an employee of a confectionery shop and eventually became a big businessman with assets worth crores. In the meantime, he acquired British citizenship.

Apple, which he started in 1995 with sensational news exaggerating the events, has been at the forefront of protests against the pro-Chinese government in Hong Kong for more than a quarter of a century. The Chinese Communist regime in Beijing was also heavily criticized. Apple’s policy has not changed since Jimmy Loy was arrested in August last year. Police allege that Apple published 30 articles asking foreign countries to impose sanctions on Hong Kong and China.

Democrats have criticized China for violating the promises made when it returned to Hong Kong from Britain on July 1, 1997. China has promised that the current democratic system will remain unchanged for 50 years (until 2047). It was enshrined in the 1984 Joint Declaration of China and the United Kingdom on the transfer of Hong Kong and in the constitutional document known as the Basic Law on which it is based.

The current Governor-General replaces the Governor who ruled during the British rule. China has assured that elections to the post will be held in a fully democratic manner. However, instead of electing the chief executive directly by the people, a 1200-member committee was first elected.

The committee also has to decide on the eligibility of the candidates. Since the vast majority of these committees are pro-China, only those approved by Beijing’s rulers can serve as chief executive. Carrie Lam, who has been in that position for three years, and her three predecessors are like that.

People took to the streets in protest several times. The strike, which erupted in 2019 against a law passed by the Hong Kong Legislative Assembly in 2019 to send defendants in Hong Kong cases to China for trial, lasted six months. On some days, up to one million people took part in the demonstrations.

Although the law was repealed, the Chinese government came up with another law in June last year aimed at preventing such protests. This ‘National Security Act’ is intended to prohibit treason, separatism, coups and terrorism and to punish the perpetrators severely.

Violators could face up to life in prison. Due to the ambiguity in the definition of crime in the law, people are afraid that even minor offenses may fall within its scope.

The new law states that Chinese security agencies, along with the Hong Kong police, will have the power to catch criminals. He said the Beijing government would play a role in selecting judges to hear national security cases.

It has already been alleged that the real purpose of the law is to silence those who raise their voices for democracy and civil rights. This law passed by the Chinese parliament is a violation of that.

One of its first victims was Jimmy Loy, who was arrested last August. He faces up to 20 months in prison. This means that he may have to spend more time in jail. More than 100 people, including journalists, have been arrested in the past year. Many others fled for fear of arrest. The senior editor who wrote Apple’s cover story was arrested while waiting at the airport to escape to Britain on the third day of the newspaper’s shutdown.

Many in the media stopped confronting the government. There are reports of an atmosphere of general panic in Hong Kong. Hong Kong’s reputation as the region’s largest shopping mall and IT hub is thought to have plummeted. To expire the guarantees given by China This is the situation with 26 years left.

Comments on this section kobeidulla1234@gmail.com Can be shared in the mail id