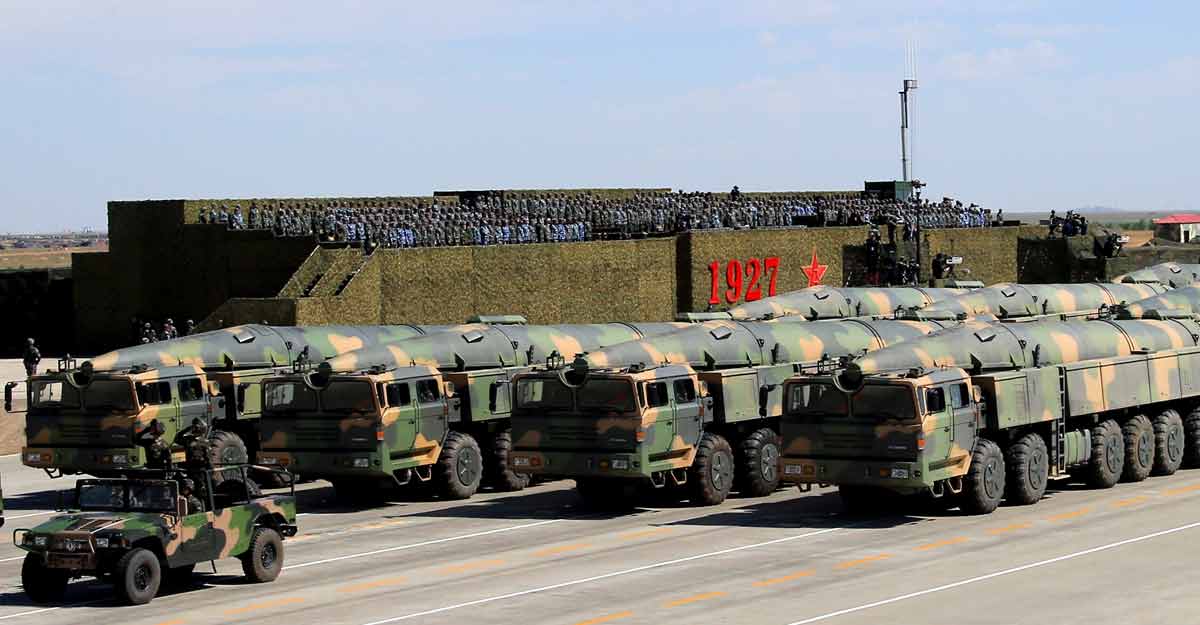 There are 119 underground chambers being built in Gansu Province. Preliminary studies suggest that these are designed to store intercontinental ballistic missiles. The study was published by the James Martin Center for Nonprofessional Studies. Construction is taking place on 700 square kilometers.

Jeffrey Lewis, a member of the study team, said the missile launching center, cable trenches, roads and military bases were also under construction. China is increasing its nuclear capability to prevent a US attack. This could lead to a missile attack on the United States. China has a stockpile of 350 nuclear weapons. More than thirty were built in 2020. There may not be a correlation between the number of underground chambers and the number of missiles. The weapon may have been stored elsewhere.

China’s move is similar to the US shelling game in the 1970s. There may be up to 120 missiles in 120 underground chambers. Sometimes it can be as many as 12. Geoffrey Lewis said China’s move, both 12 and 120, is worrying and challenging.

China and Russia are increasing their weapons stockpiles as relations with the United States worsen. In April, the US nuclear chief warned that China was increasing its nuclear stockpile in a shocking manner. China’s military might was also discussed at the NATO summit last month.

President Xi Jinping has declared that no foreign power can break through the steel wall erected by the Chinese people and powerful military. Addressing the centenary celebrations of the Chinese Communist Party’s show of strength, Xi, who is also the party’s general secretary, warned without naming the United States.

The heads of those who try to attack China will be smashed into the steel wall. China has never oppressed or invaded any other country. He also said that no other foreign power would be allowed to enter the country.