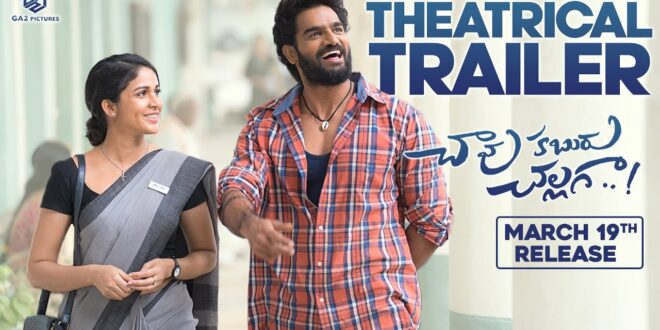 Chaavu Kaburu Challaga is gearing up for its theatrical release on March 19, and the trailer for the film was released a short time ago.

The trailer implies that the prime pair share some exciting chemistry. Basthi Balaraju aka Kartikeya tries to court a recently widowed woman, Lavanya. Surely it’s a raw topic and it has a hint of quirk in it.

The characterizations of the main pair are atypical. Kartikeya and Lavanya fit their roles perfectly.

Koushik Pegallapti, who makes his directorial debut with the film, seems to have written a witty story. The trailer evokes the curiosity of the film.