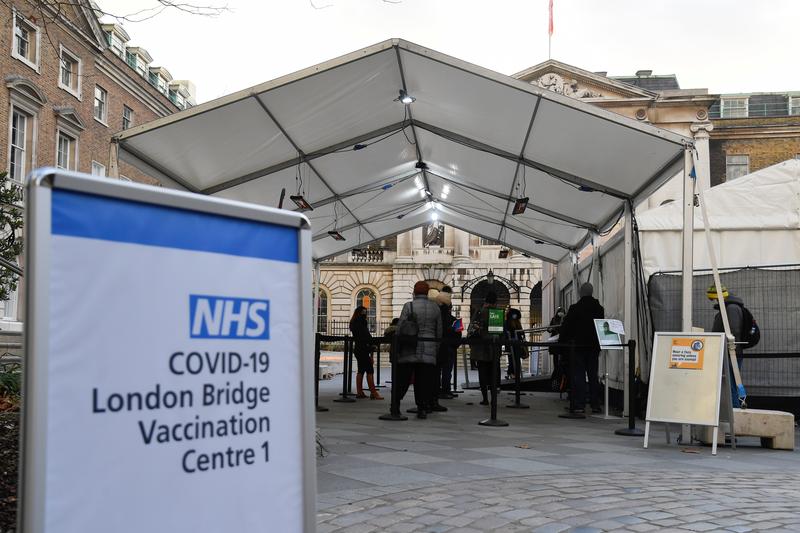 LONDON (Reuters) – British doctors have said a government decision to delay giving a coronavirus vaccine booster to vulnerable patients who have already received a first dose will be distressing and disruptive, their union said on Thursday .

The government said on Wednesday that it wanted to give a first dose to as many people as possible before it started giving boosters at 12 weeks, with the goal of providing more protection more quickly.

But Dr Richard Vautrey, chairman of the British Medical Association (BMA) committee for local family physicians, said it was “patently unfair for tens of thousands of our most at-risk patients to now try to postpone their appointments ”.

For the newly approved vaccine developed by the University of Oxford and manufactured by AstraZeneca being rolled out in Britain next week, the plan is consistent with a finding that waiting 12 weeks maximizes protection against the virus.

But in the case of the Pfizer / BioNTech shot that is already being administered, the manufacturer said the shot had not been evaluated on different dosing schedules than the recommended 21 days.

The BMA said many doctors have told it the new approach will afflict vulnerable patients and create logistical challenges for healthcare workers.

“The BMA believes these are patients who have already been promised… that they will receive a second dose of Pfizer vaccination next week; they have given their consent to receive it and, rightly so, expect to have it, ”the BMA said.

More than 944,000 people had received the Pfizer vaccine as of December 27, the Department of Health said Thursday.

The BMA said it would support any doctors who decide to honor existing recall appointments and urged the government to provide a “scientifically validated rationale” for its new approach.

In a joint statement, chief medical officers across the UK said they recognize that the request to reschedule appointments will be difficult and will afflict patients who have been anxious to be fully vaccinated.

However, “in terms of protecting priority groups, a model where we can vaccinate twice as many people in the next 2-3 months is obviously much more preferable in terms of public health than one where we vaccinate half number but with little more protection, ”they said.