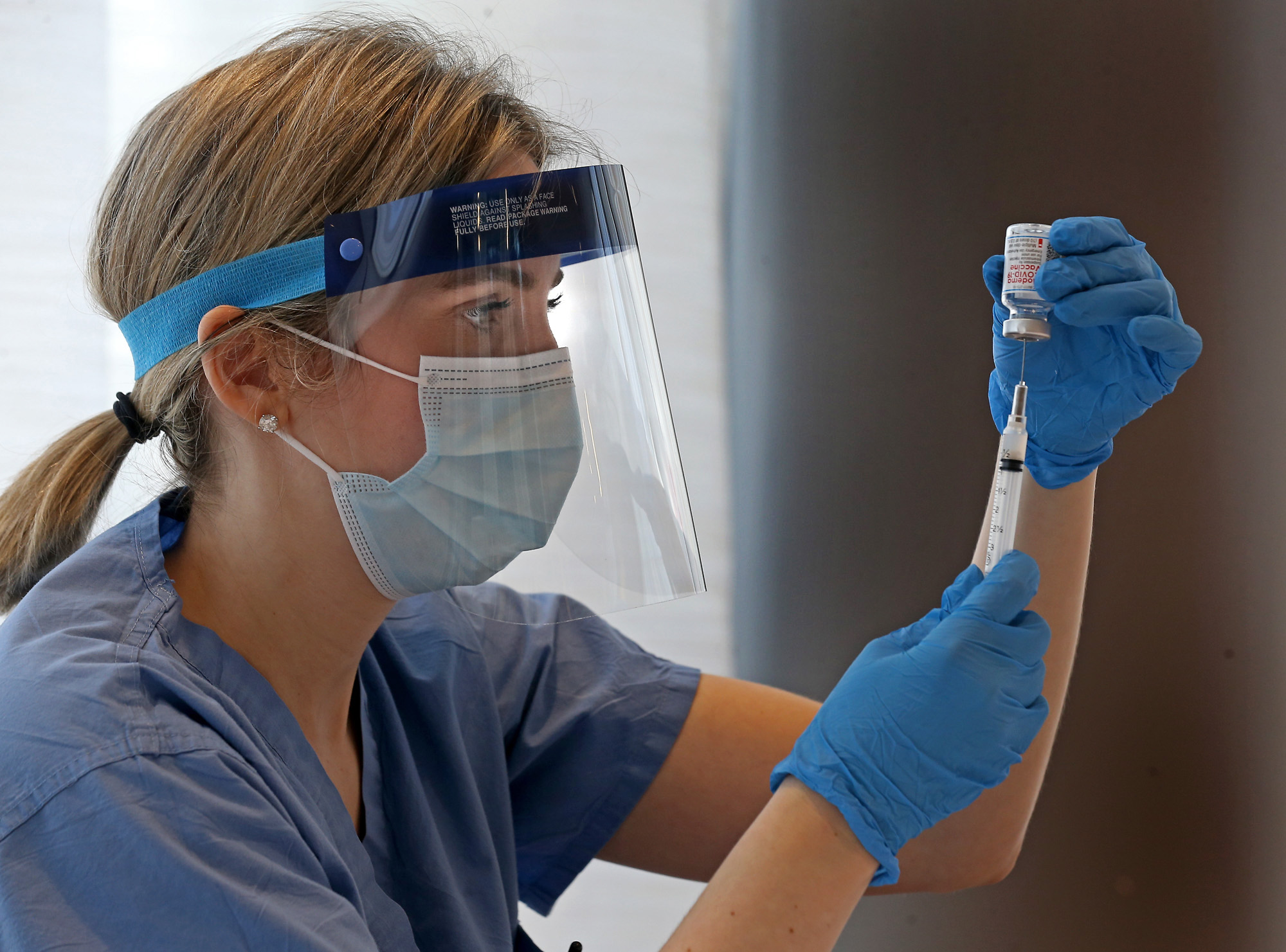 A third coronavirus vaccine from the American company Moderna (MRNA) will be deployed in the United Kingdom from April and will join the Oxford / AstraZeneca (AZN.L) and Pfizer (PFE) / BioNtech (BNTX) vaccines already offered on the NHS.

About 500,000 doses of the vaccine are expected to arrive in the first batch, the Mail on Sunday reported. Overall, Britain has ordered 17 million doses of the Moderna vaccine, which has a 94% efficacy rate in trials.

It also ordered supplies from four other vaccine manufacturers as part of its inoculation program, 60 million doses each from Valneva (VLA.PA), Novavax (NVAX) and Sanofi (SAN.PA) and 30 million from Janssen (JNJ).

The Moderna jab, which works similarly to the Pfizer vaccine, uses synthetic messenger RNA technology that can be quickly modified to deal with new mutations in a virus if needed. Scientists have suggested that the changes could be made in as little as six weeks.

It is given in two divided doses, one month apart.

Experts have called Moderna’s data “very promising” and the addition of a third jab will increase the UK’s depleted COVID vaccine chest stocks.

“If we have caught up with all the over 50s that we want to reach, it makes sense to look to our next age group, which is 40 to 49,” Professor Anthony Harnden, Deputy Chairman of the Joint Committee on vaccination and immunization (JCVI), said.

In November, the UK became the first Western country to approve a vaccine against the coronavirus. So far, nearly 30 million people in the UK have received a first dose of the coronavirus vaccine, official data shows. However, just over 3 million received their second hit.

A spokesperson for the Department of Health and Social Affairs (DHSC) said: “We have purchased 17 million doses of the Moderna vaccine and the manufacturer is currently stepping up its European supply chain, which means these doses will be available. by spring 2021 in the UK at the earliest. “

The UK has been trapped in vaccine shipments with the EU as the continent battles an increase in infections.

On Thursday, the President of the European Commission (EC), Ursula von der Leyen, warned that the bloc was “at the start of the third wave of the pandemic”.

France has extended its lockdown to three additional regions – the Nièvre, Rhône and Aube regions – with the government announcing that the new wave has more young people admitted to hospitals.

France on Friday accused Britain of “blackmailing” the bloc over the vaccine supply.

Last week von der Leyen said she would stop the export of coronavirus vaccines to Britain unless Boris Johnson returns the UK-made AstraZeneca blows to the EU.

The news follows UK and EU regulators who gave the green light for 20-second COVID rapid tests on Friday to help speed up testing capacity and help the travel industry reopen economies.

The Medicines and Health Products Regulatory Agency (MHRA) has approved the registration of the fully recyclable product, supplied by London-based company Histate.

The rapid test, known as Virolens, was tested at Heathrow Airport and uses swabs from the cheeks rather than the nose and tonsils.

The company said it hopes for a wider rollout in the next few months after testing indicated the test has a sensitivity of 98.1%, meaning it returns few false negatives and specificity of 99.7%, which means few false positives.

Histate added that the results were the “minimum baseline” and could even be more precise.