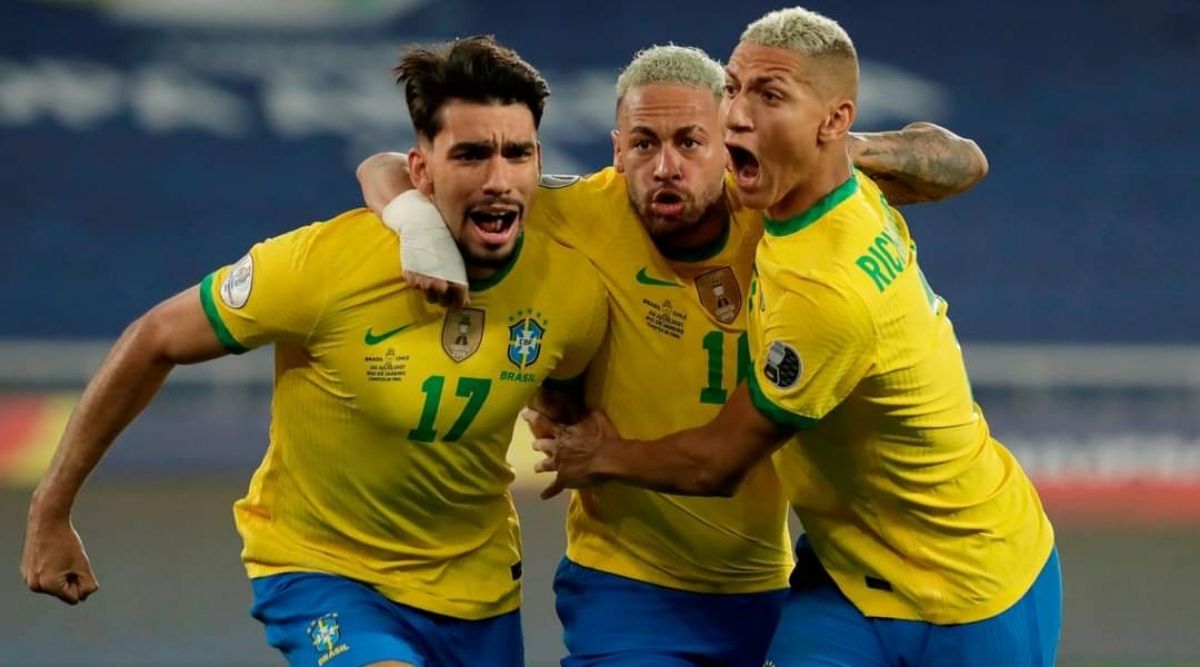 Rio: Brazil beat Chile in the semi-finals of the Copa America football tournament. Brazil’s victory was a goalless draw. Substitute Pacquiao scored for Brazil. Gabriel Jesസ്s was shown a red card for fouling Meena and Brazil played 10 men. In the semi-finals, Peru will face Brazil.

The first half of the match was goalless. Pacquiao, who came on as a substitute, put Brazil ahead as they started the attack in the second half. The move with Neymar ended in a goal. But in the next minute, Jesus was shown a red card and sent off.

In the 62nd minute, Chile shook the Brazilian net but the referee called offside. In the 67th minute, Bravo blocked Neymar ‘s move. Chile continued to try to catch up, but the ball bounced off the post in the 69th minute.

In the 75th minute, Brazil got a free kick to take the lead but Neymar was unable to net it. Shortly afterwards, Brazilian goalkeeper Ederson blocked a shot from Chile’s Menezes. Both teams then continued to try for the goal but neither could shake the net.