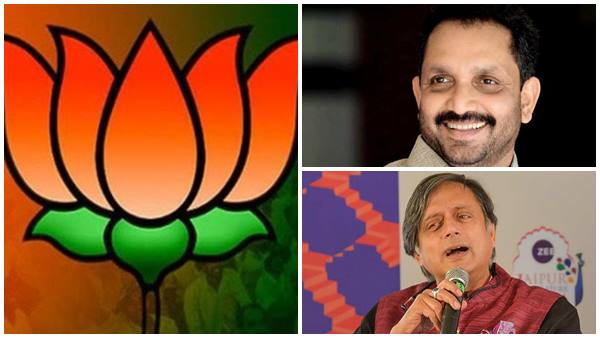 Mathrubhumi reports quoting a senior leader who has close ties to the central leadership that there is deep dissatisfaction with the performance of the current leadership in Kerala. There are many reasons for such dissatisfaction. But there is no reason why Kerala should expect it now.

As soon as you get the person

According to the news, Surendran will be replaced soon if he finds a suitable person to become the state president. The central leadership has to be someone who can bring all sections together. How to get such a person is also crucial in this stage of sectarianism.

The BJP central leadership is said to be looking for someone with personal influence like Congress leader and MP Shashi Tharoor. In any case, it is learned that Shashi Tharoor is not ready for a change of party now. The debate has begun as to whether there is another such leader who can influence the people of Kerala.

Sreedharan will not walk

The BJP had conducted an experiment by fielding E Sreedharan and Jacob Thomas as consensus in this Assembly election. Palakkad Sreedharan fought well but failed to win. According to reports, the central leadership is of the view that the plan to appoint someone from outside the party as president should not be implemented in Kerala for the time being.

Surendran gave everything, but …

So the money laundering case and the bribery case?

The most talked about cases in Kerala right now are the Kodakara pipe money case and the two bribery cases registered against K Surendran in connection with the elections. At the same time, the question arises as to whether these cases are not a problem for the BJP central leadership. Some leaders also share concerns about whether the allegations in the money laundering case will move to the central leadership.

Someone who doesn’t want anyone to come

According to Mathrubhumi, R Balashankar, who was denied a seat last time, is being considered for the post of state president. But K Surendran-V Muraleedharan faction and PK Krishnadas faction are not interested in it. R Balashankar had put a lot of pressure on BJP leaders during the election in the name of Chengannur seat.

OneIndia had earlier reported that in the current scenario, three leaders from within the BJP are likely. If elected from within the party, PS Sreedharan is likely to be one of Pillai, PK Krishnadas and Sobha Surendran. The decision will be taken by Prime Minister Narendra Modi and Home Minister Amit Shah.