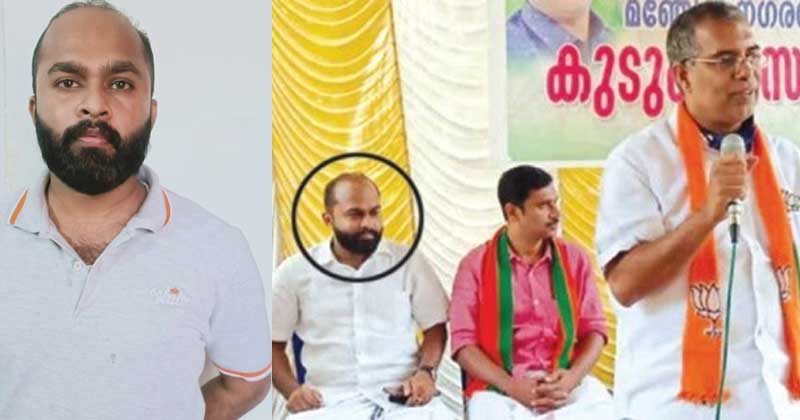 Mohammad Shihab, a native of Pondikad, Malappuram, was arrested in a gold theft case. Shihab oversaw the campaign for Abdullakutty, the BJP candidate and national vice-president in the parliamentary by-elections. Pictures of Shihab sharing the stage with Abdullakutty and BJP leaders were also released

Mohammad Shihab, a native of Manjeri Pondikad, was arrested on charges of hawala, gold smuggling and robbery. Shihab took the helm for the campaign of BJP candidate and national vice-president AP Abdullakutty in the by-elections in Malappuram parliamentary constituency. Shihab also shared the stage with central leaders at the district convention. Led family gatherings in Manjeri. OBC Morcha State General Secretary and close follower of K Surendran, Adv. It was Rashmil Nath who brought Shihab closer to the BJP.

The decision overcame the opposition of the district unit. It is suspected that Shihab used his closeness with BJP leaders for smuggling. In cases where gold and hawala money are lost in smuggling, Shihab’s method is to take quotations and kidnap careers and recover gold and money. It is learned that he had snatched the gold smuggled for Arjun Ayanki. In 2014, two cases were registered at Koduvalli station. Shihab also worked for Union Minister Ramdas Attewala’s Republican Party of India.

BJP leaders are also being cut off after Shihab’s political affiliation with the Left Front came to light in the Ramanattukara gold robbery case.