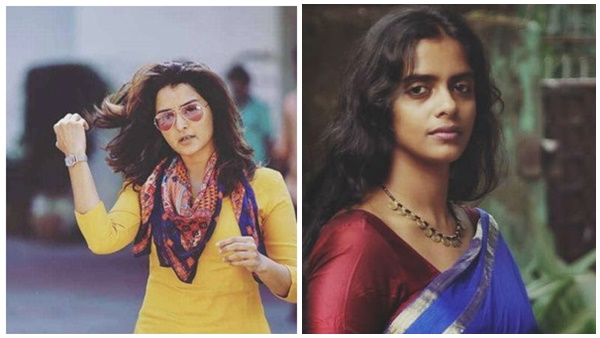 Kani’s words are like this … I am a big fan of Manju Warrier. Kani says she wants to do the kind of roles they do. The actor also talks about his interest in comedy roles. Great desire to do funny movies. Maybe black comedy. But as a genre, I am interested in comedy. The actor said that he is interested in learning about such films.

Kani also talked about the characters she likes to do. I like Aishwarya Lakshmi in Mayanadi and then Nimisha Sajayan in Ida. Kani Kusruthi said that she likes to do films by Shyam Pushkaran, Dileesh Pothen and Lijo Jose Pallissery in Malayalam cinema. But everyone is trying to make the same kind of movies. Kani says that she wants a variety of films to replace Malayalam films.

Kani Kusruthi’s latest release is Biryani directed by Sajin Babu. Apart from Malayalam, the actor also acted in Hindi. Radhika Apte is the central character in the series OK Computer. Kani also starred in the web series Maharani starring Huma Qureshi. The series was released on OK Computer Hotstar. Maharani was released on Sony Plus.

Manju’s upcoming films include Mohanlal’s Maraikkar, Santosh Sivan’s Jack and Jill, Kayattam, Lalitham Sundaram, Padavettu and Mary Awas Suno. The film was released by Priest and Chaturmukham. The film received rave reviews. Priest was the first film in which Mammootty and Manju Warrier came together.