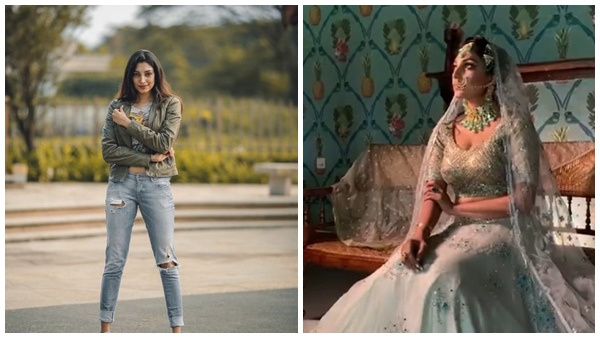 Ritu Mantra has gained huge popularity through Malayalam Bigg Boss. After coming out, Ritu came on stage to thank his fans but there was no further reaction. All the contestants had openly stated that they had some restrictions until the end of the Bigg Boss Grand Finale.

Now there are indications that Ritu Mantra has returned to her job. Ritu posted the new photoshoot video on her Instagram page. Ritu came up with the video, pointing out that ‘Being a Top Bride’ was a very beautiful teamwork and the scene behind the camera.

Ritu is beautiful again as usual. Focus only on that. Go after your dreams and achieve it. Silence is better than unnecessary drama. Since then, hundreds of comments have come in support of Ritu. News of Ritu’s love affair filled social media after she left Bigg Boss.

Ritu was in love with model and actor Jiah Irani. The photos of the two together in private moments were released by Jiah. Through several interviews, Jiah opened up about her closeness to Ritu. But Ritu has not yet revealed anything about the matter. So fans are eager to know what the truth is.