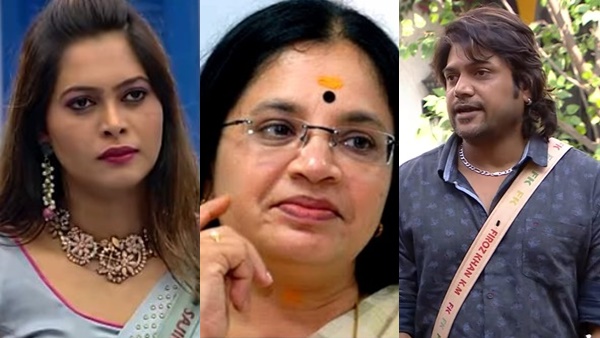 Polly Feroz says that if he calls Bhagyalakshmi, he will not pick up the phone. Sajna had called twice. But then he says he can call his children and they say no. Meanwhile, Sajna says that Bhagyalakshmi had sent her a message. There are a few pitfalls. Sajna says that she was told then that there was little to recover from.

Chechi spoke very lovingly. Chatted for a while. Called twice. When first called, the husband’s mother said she was in the hospital unwell. The first time I believed it. Chechi was still in the hospital when the second call was made. Chechi did not speak despite the opportunity to speak. Sajna Feroz tells Ramzan that it may be due to mental difficulties

After that, Bhagyalakshmi texted herself. Why it has not yet been adjusted with the mind. That ‘s it. Chechi said that she will recover from those problems. Still sending message. Sajna says that one day she should go directly and talk and clear everything.

Feroz jokingly tells Ramzan that if I see any guilt in his face, I will ask him in the face, and that’s enough. Later, after cutting off Ramadan’s call, the conversation is between Feroz and Sajna. Bigg Boss has also had fights with Ramadan. But it was not severe.

His quarrels were not so important. I think no one will mind that. Anyway neither of us had that in mind. We have changed and are doing nothing. Whoever has it will look you in the face and say. It is still the same. That is why many people still talk like this, says Feroz and Sajna.

Many people understood the reality of what we were after it came out. Everything that happened there was thrown away. Then at least a few people have a hostile mindset. No one’s name is mentioned. Hope it changes. Some may need some time to recover from it. Hopefully that will happen.

The interesting thing is that we were in a situation where we could not recover the most. But for us that is not an issue. That’s part of the game show. It has already been said that what is to be said is to look it in the face. Both make it clear that no one should feel any animosity.