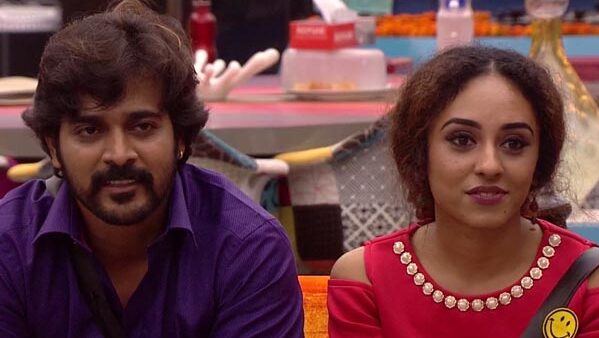 Pelly and Sreenish also answered the question of the fans. The question was, do you remember any incident that was not telecast on Bigg Boss? This is the answer. Sreenish reveals the scene where he gave the elephant ring to Sreenish Polly. Sreenish gave the ring to Pelly without anyone noticing.

Sreenish says that he gave the ring to Pelly by saying hi and hello. Pelly said that after handing over the ring, he and Sreeni ran to each side. Even Bigg Boss did not understand what had happened. So the scene was not telecast, Pel said.

Then someone made gossips about this scene. Sreenish said that was the only time the episode was telecast. However, Sreenish said that he has not seen any episodes yet. Meanwhile, Pel also talked about his first salary. It was while studying in college. It was a part time job. Pelly said she would get Rs 800 to Rs 1,500 for an event.

That money I got in college time was worth a lot. For that money I would buy shoes and a kurta. His first job on TV was Taste of Kerala. Pel said he wanted to make a video on all of this.

At the same time, Pel responded to those who asked him if he could cope with the sudden changes in his life. Pel says last year was a roller coaster of emotions. Suddenly another beautiful thing happens while learning the roles of daughter, sister, friend, wife and co-worker. Pel said that he had the courage to take on the role because he was patient when he made mistakes.

Motherhood is not as easy as you think. You can’t experience motherhood by getting everything done early. You can overcome it with the right attitude and small expectations. This is the time when women become more physically and mentally vulnerable. At some point our world will seem to be collapsing. “Some of the criticism and statements have led me to deviate from those who like me well,” Pel said.