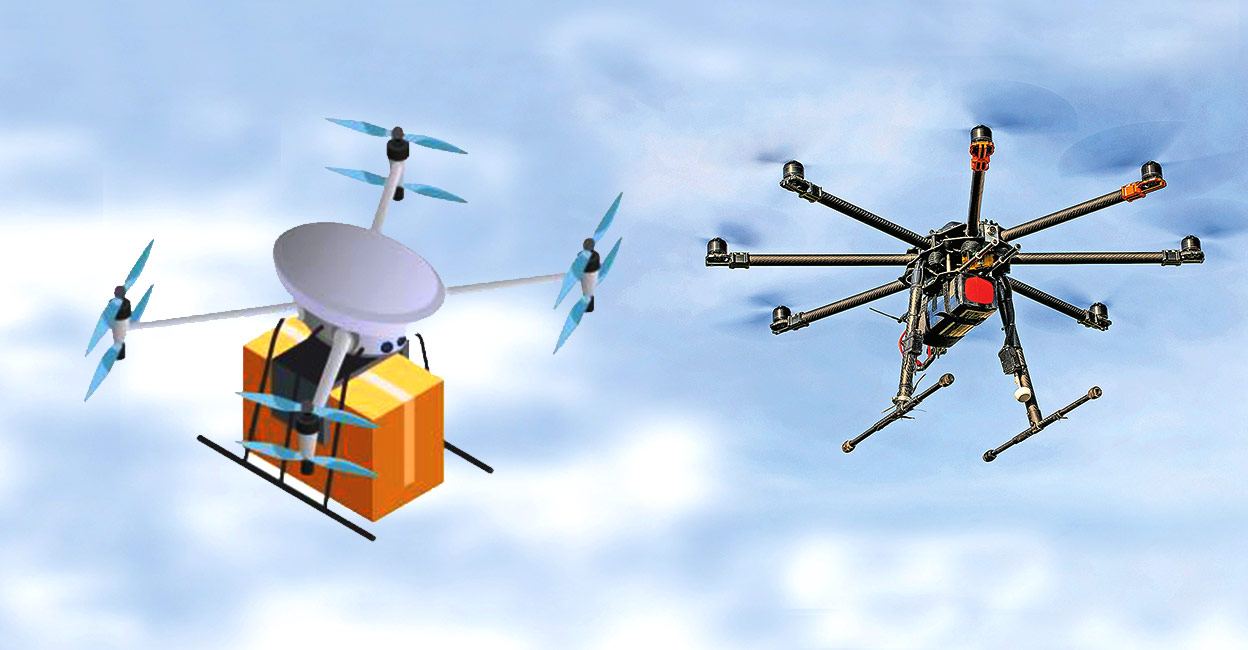 Investigators’ preliminary findings on the twin blasts at the Jammu airbase are as follows:

Rotary wing drone flying on wind wings. Made in China. Flying to the destination with the help of GPS. Pakistan has been using quadcopter (4-winged) and hexa helicopter (6) drones since 2019 to smuggle weapons, drugs and counterfeit notes into India. The Jammu base may have been attacked by an explosive device attached to one of them.

The initial conclusion that the explosive-laden drones were crashing into the air base was clearly incorrect. Forensic tests at the base did not reveal the remains of the drones. The drones may have returned in the dark after dropping the explosives from a height of 400 feet. The soldiers could not see the drones that came at night. The battery-powered drones could not be detected due to low noise.

Where did the drone come from?

The range of the drone, which is believed to have been used by the attackers, is 4-5 km. Since the airspace from the air base to the Pakistan border is 14 km, the chances of a drone crossing the border are low. It may have been flown by terrorists hiding near the air base.

Who was behind the attack?

Jammu and Kashmir police have identified Lashkar-e-Taiba as a terrorist organization. Intelligence has received information that Chinese-made Rotary wing drones were purchased by Lashkar terrorists. Lashkar-e-Taiba terrorist arrested in Jammu The role of the ISI, a Pakistani spy agency, is also suspected.

How to deal with drones?

Major military bases in the country have radars and counter-missile shields to detect enemy aircraft, missiles and fixed wing drones. However, low-flying rotary wing drones do not catch the radar’s eye. Therefore, they cannot be destroyed by missiles. It can be fired with an anti-drone gun. NSG commandos with special training have been deployed in Jammu. Jammers that block the drones’ GPS signals are used at some stations.

What are the types of drones?

In addition to the type of drones used in Jammu, there are also aircraft-type drones (fixed wing drones – drones) that can be used for large-scale attacks. The Pakistani military bought 50 such drones (Wing Loong 2) from China last December. They can carry missiles.

Technology to bring down drones?

The Defense Research and Development Organization (DRDO) has developed technology to destroy drones with laser weapons. It will be operational this year. Drones flying at altitudes up to 3 km will be destroyed. In February 2020, US President Donald Trump unveiled a DRDO drone shield for security at a road show in Ahmedabad. It was also used by Prime Minister Narendra Modi when he addressed the nation at the Red Fort on Independence Day in the same year. The military will soon buy an Israeli-made Smash 2000 Plus weapon system capable of destroying drones.