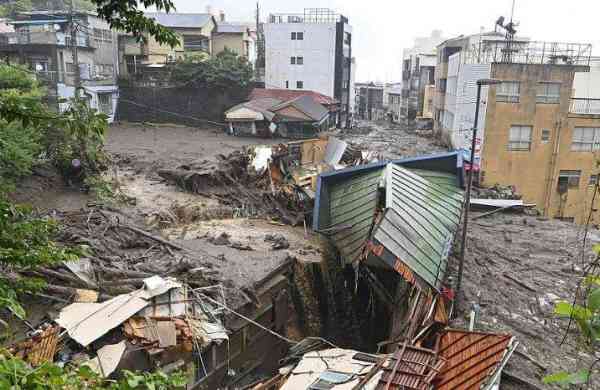 Tokyo: Landslide wreaks havoc in Japan. The epicenter was reported below the Pacific Ocean floor, however; no tsunami alert was issued. Many houses and buildings were destroyed in the mud that fell from the top of the hill. The bodies of two people were found.

Eyewitnesses said the landslide was caused by a loud bang. Prime Minister Yoshihide Suga has deployed a task force to rescue him.

The landslide was caused by heavy rain. Search intensified for missing persons. The landslide occurred at 10.30am local time. Japan receives occasional landslides during the rainy season.