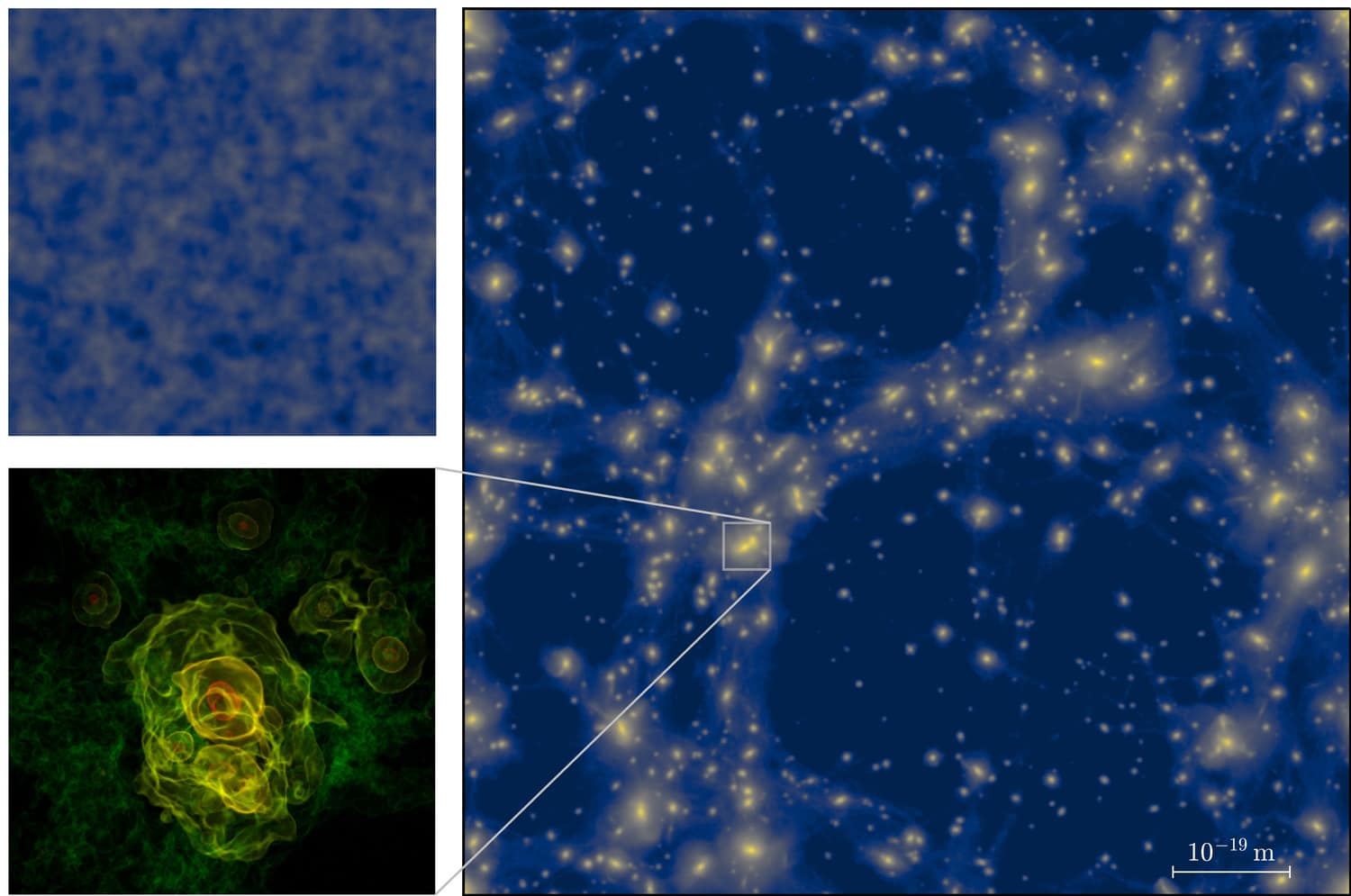 Our Universe was born about 13.7 billion years ago in a massive expansion that blew up space like a gigantic balloon. This huge expansion is known as the Big Bang.

It is according to the Big Bang theory, which practically all cosmologists and theoretical physicists approve. Although we cannot observe the first moments of the Universe, it is possible to reconstruct it mathematically.

Physicists from the Universities of Göttingen and Auckland (New Zealand) have greatly improved the ability of complex computer simulations to describe the first moments of the Universe. In doing so, they discovered that a complex web of structures can form in the first trillion of a second after the Big Bang. The behavior of these objects mimics the distribution of galaxies in the Universe today.

Unlike today, however, these early-stage structures are microscopically small. Typical clusters have masses of a few grams and fit into much smaller volumes than today’s rudimentary particles.

The simulations also showed scientists the formation of high density regions held together by their gravity.

Professor Jens Niemeyer, head of the Astrophysical Cosmology Group at the University of Göttingen, said: “The physical space represented by our simulation would fit into a single proton a million times. This is probably the largest simulation of the smallest area of ​​the Universe that has been done so far.

Thanks to these simulations, scientists were able to quantify precise predictions of the properties of these remains from the very beginnings of the Universe.

Benedikt Eggemeier, a Ph.D. student in Niemeyer’s group and first author of the study, said: “Although computer-simulated structures have a very short lifespan and eventually ‘vaporize’ into standard elementary particles, traces of this extreme early phase may be detectable in future experiments. The formation of such structures and their movements and interactions must have generated a background noise of gravitational waves. Using our simulations, we can calculate the strength of this gravitational wave signal, which may be measurable in the future.

What About Black Holes / How Did They Form?

Scientists have offered the possibility that the complex web of structures could collapse uncontrollably, forming tiny black holes. If that happens, they could have consequences observable today or be part of the mysterious dark matter of the Universe.

Professor Esther said: “On the other hand, if the simulations predict the formation of black holes, and we don’t see them, then we will have found a new way to test models of the infant universe.”