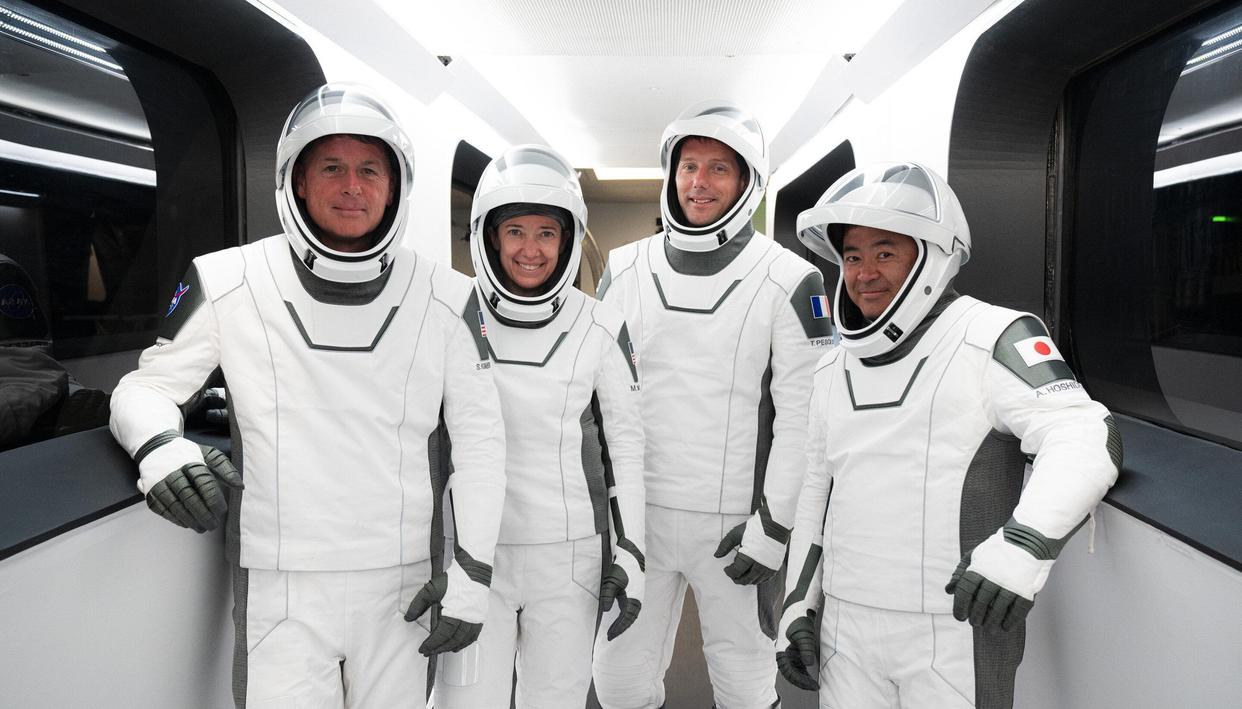 For the first time, NASA trusts a recycled SpaceX rocket and capsule for a crew. Astronaut Megan McArthur takes special pleasure in the reused spacecraft which is set to soar Thursday morning. In “a fun twist,” she will sit in the same seat in the same capsule that her husband, Bob Behnken, did last spring for a test flight to the International Space Station. “It’s kind of a funny thing that we can share. I can see him and say, Hey, can you hand over the keys. I am now ready to go, ”she said in a recent interview with The Associated Press.

As their 7-year-old son Theo is becoming a pro at parenting launches, McArthur said “he’s not super excited” that she’s been away for six months. This is the time she and her three teammates will spend at the space station. This will be SpaceX’s third crew flight for NASA from the Kennedy Space Center in Florida in less than a year. Commercial flights ended the United States’ dependence on Russian rockets launched from Kazakhstan to bring astronauts to and from the space station after the shuttles were withdrawn.

SpaceX’s Benji Reed noted on Tuesday that the private company had already put six people in space as many as NASA’s Project Mercury in the early 1960s, when it launched the first Americans. The next flight will bring this number to 10. Some highlights of the SpaceX flight: USE, RECYCLING, REHEARSAL The Dragon capsule and Falcon rocket for this mission have exploded once before. The capsule launched SpaceX’s first crew last May, while the rocket lifted the second group of astronauts, who are still at the space station.

For SpaceX, recycling is the key to space exploration, Reed said, cutting costs, increasing flights and destinations, and allowing more types of people to get on board. Each capsule is designed to be launched at least five times with a crew. SpaceX and NASA are evaluating how many times a Falcon can safely launch astronauts. For satellites, Falcons can be used for 10 flights. The company uses the same type of rocket and similar capsules for supplying stations, and recycles them as well.

AMERICAN-FRENCH-JAPANESE CREW This is the most internationally diverse crew to date for SpaceX. Retired Army Colonel NASA astronaut Shane Kimbrough is the spacecraft’s commander, with McArthur, an oceanographer, as the pilot. Thomas Pesquet, former Air France pilot, represents the European Space Agency.

Engineer Akihiko Hoshide worked for the Japanese Space Agency for almost 30 years and helped build the space station. All but McArthur have visited the 260-mile-high (420-kilometer-high) outpost before. But she ventured 160 kilometers higher on the Space Shuttle, participating in NASA’s last Hubble Space Telescope mission in 2009. The four started a new tradition of recycled rockets for SpaceX crews, writing their initials in the soot of their propellant. .

BON APPETIT With French and Japanese astronauts flying together, catering promises to reach new heights. Hoshide takes curry and rice, as well as canned fish and grilled and skewered yakitori chicken, but no sushi. Pesquet asked a Michelin-starred chef to concoct French specialties: beef in red wine and mushroom sauce, a truffle and onion potato pie and an almond pie with caramelized pears. There is also Crêpes Suzette. Pesquet said last weekend he had “some national pressure” to steal French cuisine. His teammates also had high expectations: “OK, we fly with a Frenchman, you better be good.” COMING AND DEPARTURE Five days after this crew arrives at the space station, a Japanese and three American astronauts who have been up there since November will be strapped to their SpaceX capsule to return home.

NASA wants some time in orbit between the two crews, so newcomers can benefit from the experience of their colleagues up there. SpaceX is targeting an April 28 splashdown in the Gulf of Mexico off Tallahassee, Florida. The company is already in talks with the Coast Guard to prevent pleasure craft from invading the area as they did for SpaceX’s first crew splashdown in August. More Coast Guard vessels will be on patrol this time around.

SPACE SEXY ‘AGAIN As Frenchman Pesquet sees it, American and European space agencies may be cool, but SpaceX is even cooler. “They did a really good job, I think, making human spaceflight sexy again. Sometimes people don’t like me to say this, but it’s kind of the truth. And it’s not that simple, ”he told the AP in a recent interview. Take the white SpaceX spacesuits with black trim, the colors of which coordinate with the rocket, capsule, and gull-winged Teslas used to transport astronauts to the launch pad. Good looks are important to SpaceX, Pesquet noted, and “it’s a reasonable price to pay” to build public enthusiasm for space travel.

(Disclaimer: This story was not edited by www.republicworld.com and is auto-generated from a syndicated feed.)