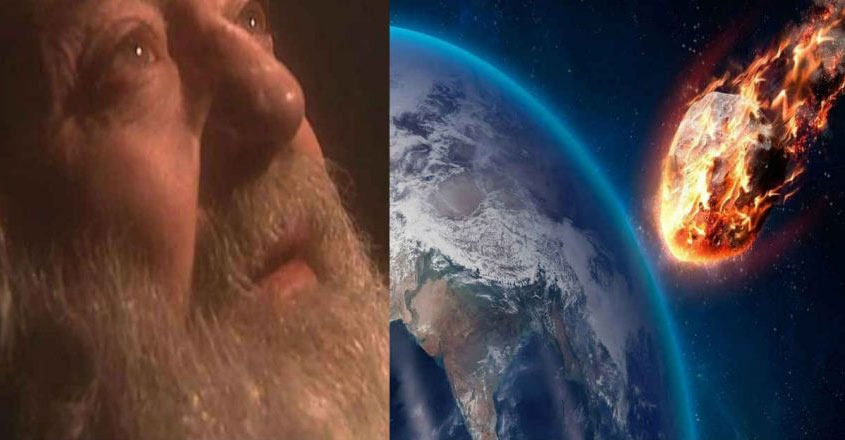 The world is looking forward to the new year. But the forecast is that disasters and damage will still be seen. No one else is predicting next year. The famous French prophet Nostradamus accurately predicted the arrival of Hitler and the 9/11 terrorist attacks on the United States. His prediction is that the year 2021 will be filled with catastrophic events. If the Kovid pandemic has upset the world this year, natural disasters are forecast to follow. It predicts that something from space will fall to Earth and cause major changes in nature.

Researchers have previously warned that solar storms could hit Earth in 2021. It has the potential to cause great damage to satellites on Earth as well. This can even lead to climate change. It is predicted that the coming year will be marked by increasing wars and conflicts between nations.

An asteroid that will plunge the world into great destruction will fall to Earth. It can even cause major earthquakes and other disasters. When the asteroid enters the Earth’s atmosphere, it looks like a large fireball above its head. Researchers have previously predicted that the asteroid KF1 2009 will approach Earth in May 2021. In addition, astronauts believe that the asteroid is less likely to collide even if it enters the gravitational field. If the asteroid hits Earth, it could cause 15 times more damage than the atomic bomb dropped on Hiroshima in 1945 by the Americans. Such an event could result in the death of millions of people.

It will be the year of the soldiers who attached the chip to their brains. The chip is worn to gain the upper hand in battle. Moreover, it will help them to easily defeat the enemy forces. China has already announced that it will try to modernize its troops biologically and digitally. China is moving to develop superpowers that are as powerful as characters in Hollywood movies. John Ratcliffe, director of the U.S. Intelligence Agency, recently warned that China wants to dominate economically, militarily and technically.

Those who believe in the prophecy of Nostradamus say that the French prophet accurately predicted the terrible fire in London and the rise of dictator Adolf Hitler. According to Nostradamus’s book, Hitler was born into a poor family in a village near the river. Hitler was born into a poor family. Nostradamus is said to have accurately predicted the French Revolution and the construction of the atomic bomb. But he also predicted that the world would end in 1999. This led to doubts as to whether his arguments were completely credible.

Born in 1503, Nostradamus made thousands of prophecies in 1555 through poetry and short stories. He foretold the coming 3797 years. Seventy percent of his predictions are said to be true.